Our Lives are Larger

We have a total of three children. We had the older two three years apart and the last one is seven years younger than her closest sibling. I wasn’t sure I wanted to have more than two children. When I got a boy first and then a girl, I thought our family was complete:  two happy and healthy children, one boy and one girl, three years apart. It was ordered and neat—perfect you may say.

Then I got a nagging feeling. It took me three years to finally pray about it. The answer I received was so reassuring. I had always been told that children were supposed to be with certain families. The implication was always that the children meant for your home may end up in a terrible home if you didn’t have them be part of yours. My feeling after I prayed and pondered about it had nothing to do with that type of idea. After I prayed, I really felt like my life and the life of any child would be just fine if we decided to stick with two.  We had a really great family and it would stay that way if we decided to stop. I felt like it was completely up to us and would be good either way.

We decided to try and have another one and now have a ten-year difference between our oldest and youngest. The result has been really messy. It has been tiring to deal with the physical nature of raising a toddler and the mental jujitsu of a teenager. Yet, having our youngest has increased the love as much as it has increased the challenge. I feel like our lives are larger because of our third child—in every way. 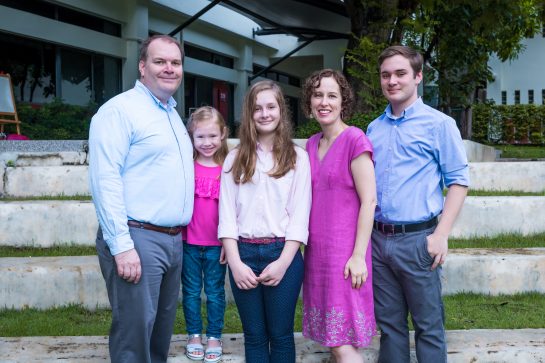