I love babies. When I was dating my husband, we agreed we would have at least six kids. After having four in six years, we were in over our heads and had to reassess that plan. When our youngest was five we had moved across the country to Boston and were living in a very small house, but I began to want another baby. After some prayer and thinking, we decided to have another. It was the most magical time. My other kids were in school and I enjoyed every minute of the pregnancy and early years. That fifth child was adored and snuggled constantly by all of us. At this point I knew I would have one more so he would have a buddy, but given the cost of living and everything logistical, I was pretty sure we’d stop at six.

When that sixth came I was filled with the same joy the others had brought—perhaps even more thinking it was my last. I began to call myself a baby drunk to my neighbors so they would understand why I had so many kids. I held on to every tiny moment and was so happy, but at the same time I was deeply and profoundly sad to be done with this stage of my life. I did not want to be done.

My husband and I had many long talks and finally took the decision to the temple—not something we ever do. Decisions typically come easy. I left the temple and we both forgot about the issue. Months later we realized this was probably our answer. In the meantime, God had given me a new obsession—something amazing and unexpected to take the place of babies. In the space of five years I went from my first painting to being a professional artist selling over 50 paintings a year. Instead of sleep deprivation from teething and feedings, I was willingly giving up sleep to paint and I no longer mourn those sweet newborn moments. 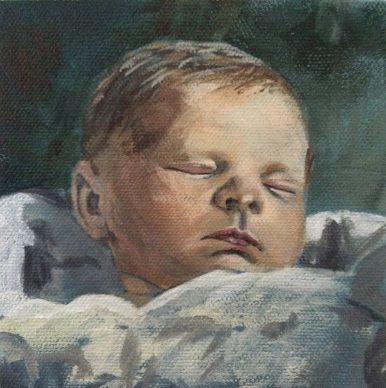 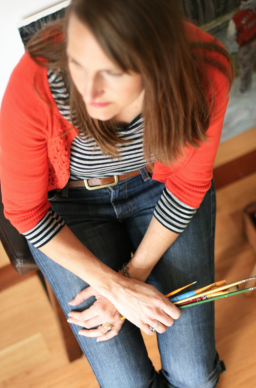