I was married at age 30 after a three-year courtship with my husband. I come from a family of 9 children and throughout our relationship I was in a hurry to have children of my own. We tried unsuccessfully until, at the age of 36, I was diagnosed with premature ovarian failure. I had never heard of this condition and spent time researching the term online trying to figure out my new reality. This diagnosis is based on a combination of hormone levels and for me, it hit during the 18 months that I underwent three rounds of IVF and one round on IUI so I wondered if all the intervention had caused the problem. Doctors said it was a coincidence. The terminology was difficult. I was being told my ovaries had failed, but I only heard I was a failure. Even without this official diagnosis I had felt like a failure in the family-centric LDS church for years. As a thirty-something woman without children, church was by far the most difficult setting for me.

Although the term is ovarian failure, there is still a small chance someone with this condition may go on to have children of their own. My husband and I were given the number 92% infertile with an 8% chance of having children with my own eggs. My husband was more optimistic than I was hearing these numbers. I thought it was the end. I decided to pursue IVF with a donor egg based on the recommendation of my doctor, and because my sister called within a week of the diagnosis (without knowing about it) to offer her eggs. I went on to have one child using my sister as an egg donor and then another with no intervention.

Both children are incredible gifts, both coming after I had completely lost hope. I grieved the loss of the children I would never have at age 36. And then I had my two children. During my four rounds of IVF I depended on the support I got from a series of infertility groups I attended. The first was a group for women experiencing primary infertility. These women were generally younger than I was (I was 36 at the time) and then I attended a support group for women pursuing children through egg donation. These women were generally older than I was, in their forties or even fifties. Both groups and leaders were incredibly helpful in dealing with loss and disappointment at not having children in the way we all thought we might.

I had a tendency to dig into each stage and identity and had difficulty transitioning from childless to pregnant with one little miracle baby, and then from being a parent of one to being pregnant with a second. Now that I am 41, and my youngest is coming up on her second birthday, I have transitioned out of childbearing, and I feel like I’ve been here before. This time, however, it is easier for two reasons. One, I have already grieved so thoroughly, and two, I have two children to care for. Still, the primary word that resonates is confusion. Occasionally, people will ask me if I’ll have any more children. I want to laugh, it seems such a bizarre (and intrusive) question. 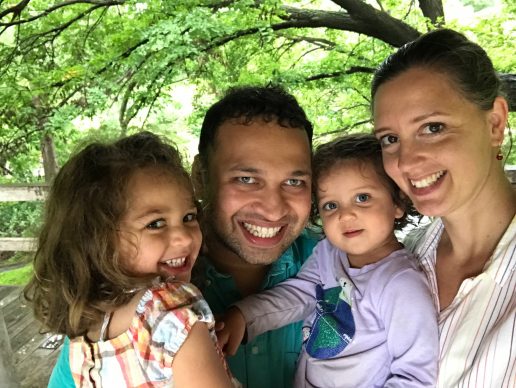