We sat on our couch, my head in the crook of his shoulder, and looked at the wall. My bloated stomach pressed against my sweatpants, feeling like it pulsed with my rapid heart beat. I felt the rock of dread in my stomach and I knew, in that instant, that this was going to be my only pregnancy. “Well, I mean, we’re not having any more kids,” I said. “Good thing it’s twins,” he said.

He also carried the gene I did, we just found out, that would statistically cause cystic fibrosis in one out of every 4 babies we’d bring into this world. Too high a risk. The decision, weighted and painful, still felt right, even at that early time. I was only twelve weeks along.

We chose an amniocentesis, for genetic testing on the babes. I ended up with two, actually. The first didn’t take—a baby kept getting in the way. The successful one gave confusing results and it wasn’t until ten weeks after that night on the couch that we learned our growing babes were fine. Just carriers. But better informed carriers than we had been, now, when they’re older.

It’s weird to go through a pregnancy knowing it’s your last. First kick—last first kicks I’ll ever feel. On the way to the hospital the boys were kicking a bit, having been stirred up from the fetal testing preceding, and I knew it was the last time I’d ever feel growth and movement inside me. That another soul would ever reside so intimately close to mine. I relished my birth process and still take great pride in it. The feeling of birth and the feel of each baby, individually and thirty minutes apart, on my chest immediately after. The differences between them seen upon birth, and the stark similarities causing confusion so early on.

It’s weird to raise kids knowing they’re your last. Each first is simultaneously the last. First smiles—last, first smiles (thankfully, not last smiles). Last first steps. Last first words. Last breastfeeding session, ever. Last diapers, ever. Now, last time they ask me to kiss them before school. It’s been six years since that night on the couch, and I’ve learned to not only live with but thrive in the discomfort from the combination of relief and sadness. It means I’m paying attention to each moment that matters, and appreciating what is so easy for me to take for granted. It makes me a better mother.

Each night, before I go to bed, I take a moment to kiss my last-first boys in their sleep, to see them as babes again even in their five-and-a-half-year-old bodies. They still sleep in the same positions they did as infants. My relieved sadness is most prevalent in these moments, and I soak in the momentary pause in time passing. If I stay too long, our breathing syncs. Our souls must not be too far apart, then. 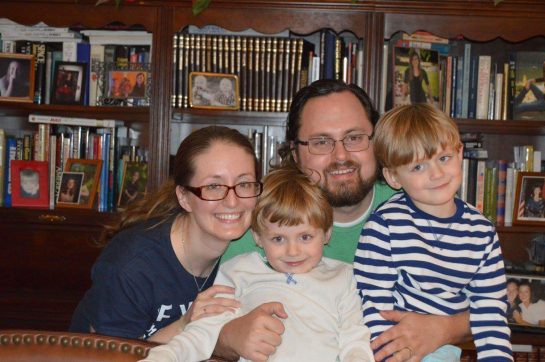