I Have a Lot to Offer

The gravel crunched beneath my tires as I pulled into the parking area. No other cars or people were around because it was so very late at night. Yet the bridge at Hoover Dam was still well-lit. On my right was the water that created Lake Mead. On my left, separated by the bridge was the spillway. The end of the spillway looked very much like a large funnel that led to into a narrowing abyss of blackness. Beyond the abyss was unknown to me, but I had always been drawn to it.

This bridge was a physical crossroads; combining roads to and from Arizona, California, or Nevada to a single point that would take you to those places and beyond. It seemed strange that such a small bridge led to vastly different geographic places. So there I stood, staring. In my hands I gripped my small, blue, scriptures.

At age fifteen, I was diagnosed with MRKH—a syndrome without solid hypothesis. It meant I had no uterus. I had unwillingly visited a dozen doctors at my mother’s behest—but because the condition means permanent inability to carry a pregnancy, the doctors all focused on the best way for me to have sex. As a Mormon youth, I was shocked, sickened and terrified at that time.

Now in my early twenties, I had been convinced by a friend who worked as a nurse to visit an OBGYN she recommended. Still unmarried, but more confident, I thought I would ask better questions and find answers. After all, God meant for all women to be mothers, right? So there had to be a way for me to be a mother, too.

There wasn’t. So I was angry with God. I wanted to cry out that someone cruel enough to define women as mothers was but a false poltergeist—God could not exist! I threw my quad angrily at the ground, kicking it for good measure.

But at that moment—utter sadness filled me. And I knew I wasn’t alone. I picked up my scriptures, dusting off the dirt and pressing the pages flat again, and I can’t recall exactly, but I think it was Romans 8:39 that caught my eye. And held my heart.

“You have a lot to offer,” said a counsellor from the week before. “It doesn’t have to be what some guy in your church says it is.” The memory pricked me at that moment, and I bled tears. So I went and sat in my car, allowing peace to take over as I wept, giving all I had to God as I cradled my scriptures.

I would never give birth. And I would not throw myself into the black abyss. Because God loves me, my body is strong, and I have a lot to offer. 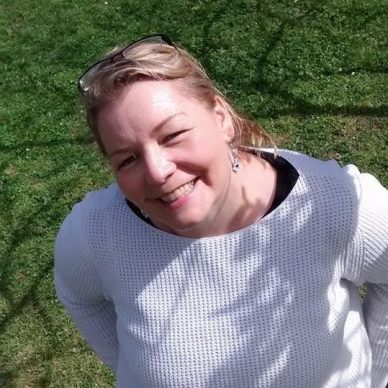