If I Had Been Prepared

I turned 42 this year. I also had a hysterectomy just before my birthday. It was hard to come to terms with, but I chose quality of life over pain, misery, and the possibility of ever having kids. I’m single, but I had always wanted kids, or at least the option of them. In 2013, I was diagnosed with fibroids. I ended up having benign adenomyoma tumors. It took more than four years of pain to finally have a doctor take me and my pain serious enough to address this concern. When I first met with the surgeon for a consultation, I thought a hysterectomy was only a “worst case scenario,” like the fibroids were really bad and then this was the only option. The surgeon explained what fibroid removal would entail, how he would cut them out and then reconstruct my uterus. Any possible pregnancy would be extremely high-risk due to the size of the “fibroid.” When he said you need to strongly consider a hysterectomy, I was stunned. I thought this surgery would give me back my life. I didn’t think it would mean giving up my fertility.

Being single in my 40’s wasn’t my plan when I was younger. As kids in Primary, we’re raised singing songs about being mothers and having families. In Young Women, we had lessons on temple marriages. Sure some people are still holding out for those dreams. I had to reevaluate what was truly important for my future. During this experience I found myself wondering if we aren’t doing ourselves and our youth a disservice. If we shouldn’t offer the other side of the coin to these circumstances. Could my ability to accept all of this be easier if I had been prepared for how to deal with fertility issues or being single in my 40s? I have had many dear friends adopt and should I get to that point in my life, then that’s how I’ll add to my family.

This experience also happened during a nationwide healthcare debate that included female reproductive healthcare. Instead of being private or silent about my struggle, I took to social media and shared my whole struggle publicly. Not only were people supportive, but so many other women who had struggled with similar issues found insight and were able to talk to their doctors. I wanted to open that dialogue and found so many other women felt the same way. 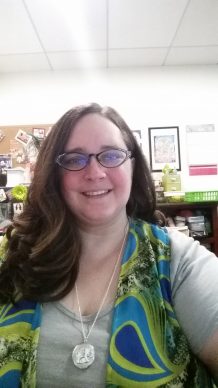