I have three children and as each of them came, my postpartum depression became worse. While pregnant with my third, my doctor planned to have me take Zoloft as soon as I had him. To no avail, my postpartum escalated and I became suicidal. One night, I was making dinner in the kitchen while everyone else was upstairs and had an overwhelming desire to take my own life. Just as immediately, I had a distinct prompting to put the knife down and go upstairs. I followed the prompting and many others that led me to get additional help. Within the following year my husband lost his job and we made a quick move to another city. All of these changes greatly impacted my mental stability. My medicine was gradually increased and I started weekly therapy just to be able to function and take care of my kids.

Then, I unexpectedly went manic. In one day, I cut my hair off, purchased a dog, and created a dating profile online all before my husband came home from work. Within days, I was diagnosed with Bipolar II disorder and they changed my meds again. It has been almost three years since I’ve been diagnosed. The first six months I was stabilizing, and then the reality of not being able to come off the meds to have a baby surfaced. I spent so much time worrying about whether I should just do it anyway—that I should put my life at risk to have another one. It was so hard fighting the desire to add to our family. There was a long period of grieving for the children I had always envisioned we’d have. But I had to accept my new reality and be the best mom I could to the children I had. That had to be my new focus. I still have a hard time when religious friends share that they feel like they haven’t had all the kids they were supposed to yet. That there was ‘one more’ for them that Heavenly Father wanted them to have. I don’t believe that, because I don’t think it’s fair. In my mind I envision my other two babies, that I would love to have, standing in the queues and never getting a ticket to come to the family they were ‘supposed’ to be with.

Due to my illness, the decision to stop having children was clear. My need to have a well-balanced life took precedence. I didn’t need to plead to my Father in Heaven anymore on whether or not to have more kids. I needed His help to grieve, find compassion for myself, and be grateful for the children I had to love, raise, and enjoy. 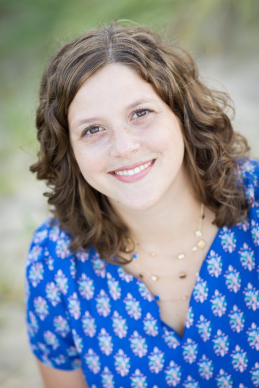