Something No One Talks About in the World of Special Needs

I had my children just 17 months apart. I was very overwhelmed with two kids under two and a husband deployed to Iraq. Our son has some major, at that point unknown medical issues we were trying to figure out. Having any more kids was going to have to wait a few years.

Fast forward a few years. I found myself heartbroken with the truth that while I ached to hold another baby in my arms, it wasn’t going to happen. Our daughter has been lobbying for another sibling for years, praying every night that it would happen. Due to our son having difficult medical issues, I did not have the mental and emotional strength to be able to deal with another child full-time.

The grief is real and deep. Tears have watered my pillow many nights. I don’t feel our family is complete, but I also know it would put me completely over the edge if I was dealing with a third child on top of all I deal with now. I spent over a year furious with God that this was the position I found myself in. I found that it is not a lack of faith, or a lack of bucking up and pushing through, it’s a process of coming to know myself and God’s plan for my family (even if I don’t understand it at this time), and accepting my limits.

And that is hard.

I see beautiful little babies and I ache to hold them. Occasionally out of nowhere jealousy hits me out of the blue and I am so jealous that the sight of a mother and baby are too hard for me to endure. Grief doesn’t make sense. It’s just grief. Sometimes, like Sunday, as a kind mother shared her baby with me and I cuddled it, another well-meaning person says, “Looks like it’s time for another baby for you.” And my heart hurts.

Families like ours have had to deal with making this decision. For some, the risk is far too great that the next child will have the same or worse problems. For others, they are just stretched to their limits and that is as far as they can go. Whatever the reason, as I see people speaking up about miscarriages, rainbow babies and secondary infertility which I have dealt with, I want to recognize all the parents out there whose plan was never to stop where they are—who would give anything to be able to cuddle a brand new life that is all theirs again. For me, talking about this is taking a huge leap of faith and exposing my soul. For some reason, I feel drawn to write about it now. Maybe it’s for my own good and a way to help let go. Maybe it’s to help someone else feel they’re not alone in this. I don’t know. I only know I need to write what’s in my heart. 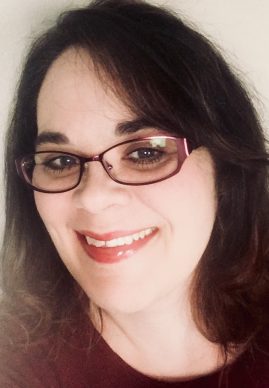