I was standing over our large gray trash bin in the backyard. I had just thrown away the green Winnie-the-Pooh umbrella stroller we bought at K-mart when our daughter was born. Was it $9? $12? By now I can’t remember. I do remember that with each baby I pushed in it, I felt more satisfaction at our thrift in making it stretch through all of my children.

When our second child, a boy, was heavier and stronger than the feather light daughter we had first, the stroller saved my neck and shoulder by giving me easy means to get from point A to point B.

Our third child, also a boy, came along, and the sage green stroller represented freedom for me to get out of the house, breathe fresh air, and have a brief walk. My heart rate and spirits rose. By the time this boy came, the straps were getting worn. At some point between his birth and graduation from the stroller, both straps fell off.

My babies so far had risen in weight by about a pound each birth, so the stroller became my symbol of hope that the next baby could weigh less. For the last three months of my fourth pregnancy I didn’t eat any sweets. I walked and walked with my toddler in that old green stroller.

When baby four, another boy, was born, he weighed 9 lbs 10 oz. He wasn’t quite a pound heavier than his previous brother, but he was heavy enough. I thought to myself, I can’t do this again. I don’t know if it was the heavy strolling I did while he was in utero, but he has been our most energetic toddler so far. He doesn’t walk. He runs.

My husband and I discussed and decided to be “tentatively done.” As I wrestled inwardly with the end of the childbearing years, the number six kept recurrently coming to me. I couldn’t tell if it was God, my inner Lilith, or just random thoughts.

I thought of my stepmom, who had two girls, and felt another boy should come to our family. She kept trying and miscarrying until one day, she miscarried so heavily that she passed out on the floor from blood loss and ended up in the ER. The little boy never came.

The idea of more still comes back and tugs at my skirt, asking if it’s really true. I think it really is true. When I placed the green stroller in the trash can, I felt it. I broke down in an ugly cry. It is painful to let go of all of the possibilities. With each child I had learned how to nurture a little better, how to treasure and drink up each moment with a new precious life. Letting go of the potential for more — well it was purely wrenching. 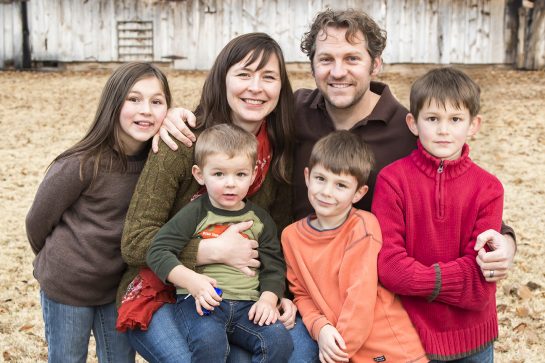