To End With Gratitude

I was carrying my sixth pregnancy—which ultimately ended in the happy birth of my son, William—and watching my family as they dealt with my physical and emotional absence. I observed how all of us (me, my husband Owen, and our three daughters) were afraid to hope. After a miscarriage and two stillbirths, my family was weary of sadness and wary of loss. My last stillbirth—at 34 weeks gestation—had occurred not long before we became pregnant with William. Pregnancies for me are accompanied by severe morning sickness that lasts the entire duration of the pregnancy. With so much vomiting, I frequently became dehydrated and extremely weak. It was everything I could do to carry out the essential day-to-day tasks of caring for myself and to contribute what little I could to the family. During this, my last pregnancy, it became clear just how much I was asking my family to endure. The fear for the baby’s life was palpable, given our birth history. And it was felt by all five of us—even my youngest child. To this was added concern about my own diminished capacity. Because of a physical abnormality, I carry pregnancies differently from most, and this has taken a toll on my hips and spine from which I have still not fully recovered.

The thing is, I would gladly sacrifice all of this and more. The risk. The fear. The sadness. My health. The emotional weight of it all. Even my life. I would gladly have given this and more over and over again. But once I saw the ways in which I was depriving my living children of their mother, my perspective shifted. Pregnant, I could not be the mother I wanted to be. I had already made the choice—due to my own desire and a confirmation from God—to conceive William. And it was my choice. My husband deferred to my choice—not unlike Adam in Eden—in acknowledgement that conception, pregnancy, and birth were my stewardship and that if I felt that this is what I wanted, desired, needed to do, he would not stand in my way.

But then after William was born, I knew that even though I desperately wanted to go through pregnancy again, this was not the right choice for my family. It was time to end my childbearing years with gratitude and to look forward to an afterlife in which I will meet and raise my unborn children as well as any others that may be mine in the eternities. It still stings. I hunger for the opportunity to create life again, but every month I replicate the calculus of my decision, come to the same conclusion, and hug my children a little tighter. 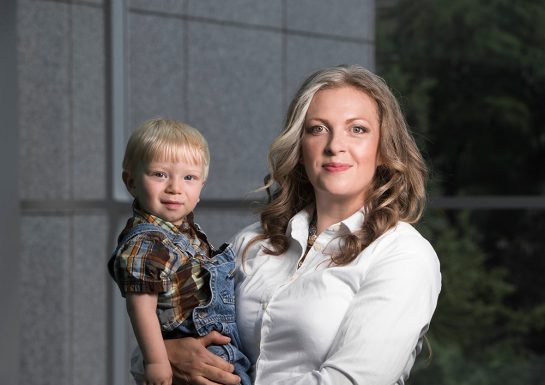 Eva and her son