Two Feelings At Once

Last month, my youngest child started first grade, and for the first time in 22 years, I no longer had a little child under my wing all day. My oldest son was born in 1995, followed by three more sons, an adopted daughter, and a caboose daughter. I had outside projects—I earned a master’s degree,and I always had paid work, but it was usually freelance and from home. So for 22 years I watched over children, shaping every day to their calls and rhythms. The first day of my baby’s first year of all-day school felt like the end of an era.

Motherhood taught me to hold two different feelings at once. As a young mother, I was stunned by the experience of holding bigger love than I had ever felt along with greater anger than I had ever felt, both in one hand, both toward the same child, in rapid succession. The boredom and engagement, the insignificance (rounds and rounds of laundry and dishes, the quest for a missing sock) and the magnitude (raising people, shaping lives), the loneliness and crowdedness.

Now my children orbit a little further afield—two are young adults living on their own, two are teenagers who need much emotional attention and so, so many rides, and two are elementary schoolers. I don’t yet have an empty nest, but most of the time I have an empty lap, and again I’m learning to hold two feelings at once:

First, the indulgence and luxury of having time and space to put two thoughts together. I’m learning to play the violin—signing myself up for lessons and taking time to practice. I’m growing my business that for years got short shrift. I volunteer with a refugee family. I keep a cleaner house, I read more, I write more, I exercise more. Many of the things I sacrificed for years—gladly, for the most part—are now available. Each new project feels like a little thank you gift for those years when tending children was my primary endeavor every day and nearly every hour.

But also, a loss. Or maybe at least a let-down. I don’t believe I’ll ever in time or eternity do anything as magnificent as raising small children. I’ll never feel a child squirm under my skin, never push a child into the world, never nurse a hungry babe, never be the sun, moon, and stars to a newborn with heaven in his eyes.

Now excuse me, I have a new book and I’m going to read it. 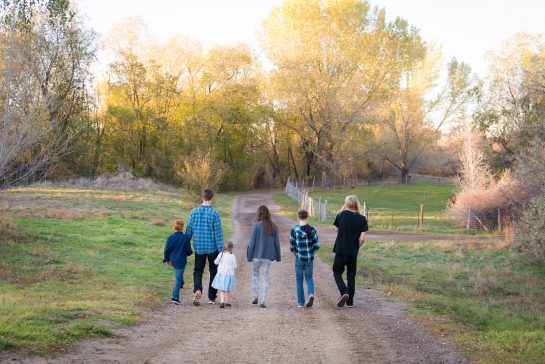