“There’s one missing.” The message, though inaudible, was quite clear. It struck some misgivings, though on the whole provided a sense of welcome relief. We had been vacillating for months about whether and when to add another child to our family. We had three inquisitive, delightful, exhausting, entertaining, challenging children already. It seemed my husband and I were never quite on the same page for the timing of one more. Sometimes he was ready and I hesitated. Then I was ready and he was not. But here was a clear answer, one we could use to soldier forward in spite of doubts. It was not lost on us that the prompting came to me during Family Home Evening.

Six months later, one year later, two years later and still the missing one had not shown up. The gap was getting bigger and we were getting older. We wanted our children to enjoy each other as kids altogether at home; we wanted to be strong enough physically and young enough emotionally to meet the demands of their teenage years. Now the question between us became, is there a deadline beyond which we don’t want to keep trying? Do we worry about consequences we envision, or do we trust the vision of the message giver? Almost three years later we welcomed a beautiful baby daughter, but we had set a deadline. Had we doubted like Thomas? Feared our mortal shortcomings? This pregnancy slid in just under the wire. I was thrilled! Maybe this was our complete family. Birth control commenced again.

When this daughter was about three years old, and I was thirty-eight, I began wondering if I should really be done having children. I felt complete, but was this the exhaustion or the joy of motherhood speaking to me? My patriarchal blessing encouraged me not to shut out choice spirits from our home. How could I know I was not doing that? Should I let go of the birth control (a proxy of my need for control) and trust the Lord to make the best decision for our family? I spent the next ten years grappling with this. It became a crucial question in my faith journey.  How do I know when the Lord wants me to make a decision and when he desires my full trust in him? Adding more complication, this was not my decision alone. A child deserves two welcoming parents.

Over those years I was never given another message about family size. Yet, as the end of my childbearing years approached, stabs of guilt plagued me. Had I not had enough faith to let go of control? I imagined lost posterity, yet also felt closure and contentment with the children we had. Oh, the enigmas of Gospel living.

In the end menopause signaled no more opportunity, no more decisions. At least not about children. Had I failed a test? I have come to believe God gives us many opportunities to succeed. An eternity of decisions spreads before me. Mortality means they won’t all be correct. God is providing me much more practice. And I keep my heart open for that sweet guiding voice that can speak so clearly. 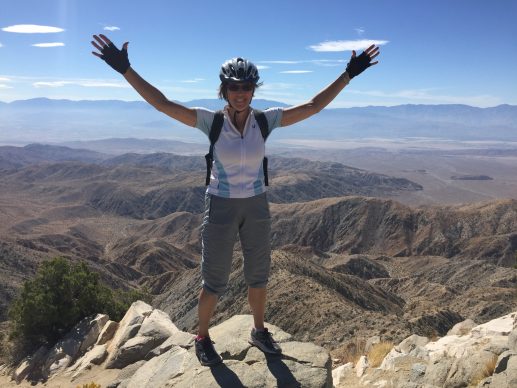