I am a returned missionary, married in the temple to a returned missionary. This summer we marked our 33rd anniversary. About two months into the marriage, my husband told me that he had serious doubts about the Church. Over the next couple years, those doubts became more persistent until he completely quit coming to church in 1988.

At that time, it was taught and believed that anyone who left the Church either 1) was lazy, 2) wanted to sin, or 3) never had a testimony. Most were headed to Outer Darkness because they’d denied the witness of the Holy Ghost. Since we had no children at the time, many expected me to divorce the apostate.

All my life I’d heard lessons on how important it was to work towards an eternal marriage, how a temple marriage was the key to happiness both in this life and in the eternities. Heartbroken and torn between the ideal I’d been taught and the reality I’d been dealt. I went to the temple often, seeking guidance and understanding. But most of the time, it never came. However, one time when I went in fasting, I heard the voice of my Heavenly Father say “I have sanctified your marriage. Now it’s up to you to decide if you will do the same.” I realized that my marriage wasn’t about adherence to a set of beliefs, but about faithfulness to the covenants of love and devotion.

Fortunately, my husband was more tolerant of my involvement in the church and was insistent that our children be raised in the Church. He said he wanted them to have the full church experience: church attendance, Primary, Seminary, YM/YW/Scouts, temple trips, youth conferences, etc before they decided whether or not the Church was true. He felt they needed to know what it was they were rejecting (or embracing) before they made any decisions.

But still, it was a challenge juggling the expectations of the Church with what my husband wanted. Some commandments and church teachings were not a problem: Word of Wisdom, law of Chastity, modesty, wearing garments, etc. Some he had no interest in observing: scripture reading, family prayers (we do pray over meals), FHE. But others were more difficult and were sometimes a source of conflict: keeping the Sabbath holy, temple attendance, having demanding callings and tithing. I don’t work outside the home and he didn’t want our money going to an organization he disbelieved.

Several years into our marriage, I had a wonderfully insightful bishop. Tithing settlements began shortly after he was called to be bishop and before he put the sign up sheets on his office door, he called and talked to my husband. The bishop asked if he would like to come in for tithing settlement. Of course, he had no interest in doing so. So the bishop asked if he would mind if our sons and I came in for tithing settlement. My husband said that would be fine. Then he asked what time could we schedule that would be the least intrusive on our family’s schedule.

In this one phone call this bishop

While recognizing all the ways that the Church can intrude into the family, he did what he could to minimize that and reduce any friction I would otherwise have had to deal with. This bishop set the standard for how to deal with couples in a mixed-belief marriage.

I resolved that I would do everything I could not to undermine or color my husband’s relationship with his sons. I never said that their father’s disaffection was a sin or that he was inferior in any way. There was no judgment, no diminishing their father. This was hard because the lessons at church said otherwise: by not living up to his covenants, my husband was a bad person. He attended their baptisms and ordinations and most Scout Courts of Honor but church members studiously avoided him whenever he came to these events. I understand that members were probably uncomfortable, not knowing what to say. But it reinforced in my children’s minds that the Church considered my husband an apostate, less than, someone to be avoided.

My relationship with the Church during all of this has been a roller coaster. Not only do I have to deal with my husband’s feelings about the Church, but I have to deal with the church members’ feelings about his disaffection, as well as the disappointment (and too often, judgment) of extended family and friends. I also have to deal with how all of this impacts my own faith. My beliefs today are very, very different from my beliefs as a recently returned missionary. The teachings I’d received from my youth on up were wholly inadequate for the challenges that disaffection brings to marriage and to faith. I’ve had to completely deconstruct and rebuild my faith from the ground up. And until the last few years, I had to do this alone, completely unsupported and unguided by my church family. 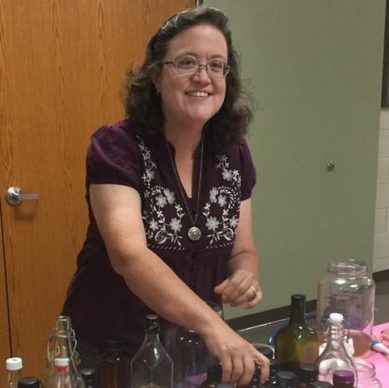