EDITOR’S NOTE: This interview is part of a series, “Sisters Speaking Out,” that features Mormon women speaking out on social and political issues. The opinions expressed here represent the speaker, and do not imply endorsement by the Mormon Women Project or The Church of Jesus Christ of Latter-day Saints. We ask that all readers maintain respect for the views of the interview subject.

In her work as a filmmaker, Bianca Morrison Dillard sees storytelling as a way to build community, and a way to help people feel heard and understood. Her views are shaped by what she sees as the essence of the Gospel of Jesus Christ: “Love and inclusion. Everything that is virtuous and lovely and of good report and praiseworthy.” Bianca talks here about honoring the nuance and complexity of individual lives–one of the goals of her current project, the documentary film Far Between, which features personal stories about what it means to be gay and Mormon.

What is your career and education background?

I just graduated from BYU in Dramaturgy. Dramaturgy incorporates the critical and historical aspects of theater, but also requires you to be in the rehearsal room working with directors and writers and a whole team of other people. For example, at BYU we got together in a class with actors, dramaturgs, directors, and playwrights. We all sat in a room and talked about the play and read it together. The playwright would come in with new scenes, and we would also improvise new scenes. It is like a writing workshop. It’s an opportunity for writers to see their script in practice because it looks a lot different on the page than it does on stage. It’s a way to bridge that gap between what’s on the page and a fully mounted production.

As a dramaturg, part of my job is to be an informed set of eyes and ears for the writer. I’m there to be a sounding board for them to bounce ideas off of and see what sticks. I’m also there to throw out my ideas so that they can say, “No, that’s a terrible idea. I am going to do this other thing.” I work largely in film these days and found that my dramaturgical training helped me cross over to film, and content development and research, as well as film production.

It seems like you often use film and theater as a way to speak about important issues. Because you’re LDS, speaking to issues specifically within an LDS context seems like a priority for you.

You’re currently co-producing a documentary film called ‘Far Between,’ which addresses the themes of storytelling and inclusion through conversations with LGBT/SSA [lesbian, gay, bisexual, transgender/same-sex attracted] Mormons. How did you get involved with this project?

Back in 2010, I was working with Kendall Wilcox at BYUtv. He told me he wanted to create a film about LGBT/SSA Mormons. LGBT issues were heavily on my mind at that time, and I was really trying to figure it all out. I didn’t feel totally comfortable with some of the actions and statements made by Church members and leaders about LGBT issues. It felt very spiritually upsetting to me. It was hard. It rocked my world. It was the first time that I had seen something that felt so clearly incongruous with my experience and what I understood about the world.

This is something that Kendall and I had had conversations about. Those events were the impetus for Kendall to tell the stories of  LGBT Mormons. So as Kendall and I were having these conversations together, he asked me to help him make the film, Far Between. I felt like it was the right time because I had to address my own questions as well.

Why did LGBT issues specifically resonate with you?

Well, I work in the theater community and there are a lot of LGBT people in the theater world. I didn’t have any close friends or family members [who were gay], but that was something that was just on my mind and close to my heart. It just felt like the Spirit prompting me to think about these things.

I felt like I needed to be involved in helping people feel like they could be a part of the community, and not feel like they were the only ones who didn't fit in.

What are the goals of the ‘Far Between’ film and website?

We use interviews to tell personal stories about what it means to be gay and Mormon. We’ve also interviewed people who are transgender, and a woman who gave a lovely interview about being asexual. We’re sharing stories from a wide spectrum of sexual orientation and gender identity.

We want to change the way that we talk about this issue. We want to help inform the conversation, so that people know there are a number of different perspectives. We’ve interviewed people who say they’ve left their religion and feel happier. We’ve interviewed people who are making a relationship with a member of the opposite sex work and feel happier for it, and others who wouldn’t even categorize their attractions as an “orientation” in the first place. We’ve also interviewed people who are attending Church with their same-sex partners and feel like that’s the best path for them. We want to honor these different choices while acknowledging that every choice can be complicated and tricky. And we want to make a space in the gay community for religious people. 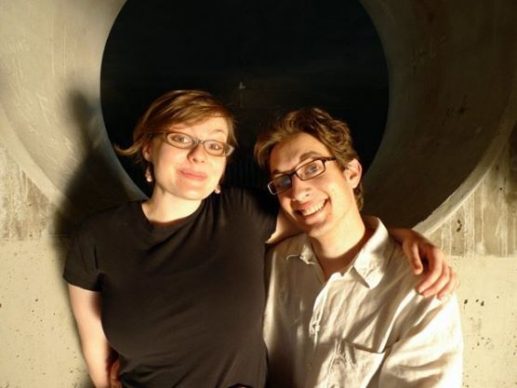 If we are going to stand for anything, it is in asking people to listen to one another, respect one another, and love each other.

What are some of the rewards and challenges that you’ve experienced in creating ‘Far Between’?

You know, I sit in my editing bay at my computer, checking my emails, and sometimes I don’t know if the work and struggle to make this film a reality is worth it. But then someone comes up to me and says, “I didn’t kill myself because of a Far Between video you posted.” That’s when I know: this is what I should be doing. We are making a difference.

Some people we’ve interviewed have been hesitant in telling their stories for the camera. There has been some hesitancy to be open and clear about their choices because of stigmas within the LGBT community or the LDS community. That’s been a challenge because we want to honor everyone’s experience.

We get a lot of antagonism, because we are working really hard to take a middle path, and show everyone’s story side by side. People are so used to polarization—“Put this poster child on one side,” or “Don’t put my story next to that person’s story. They’re unhealthy,” or sinful or crazy, or whatever sort of word you use to describe someone that you don’t agree with.

Some people say we’re not going far enough in the activist realm. They think we should be pushing for doctrinal change or political change. Other people feel like we’ve gone too far because we are presenting stories of people who left the Church. So we get pushback from both sides.

For the Far Between project, it is important that we don’t say, “This person has the answer because…” or “This person clearly doesn’t know what’s best for themselves because of this…” If we’ve got an agenda, it’s to help everyone get along and improve the way we talk to each other—not to tell anyone what they should think, feel, believe, or what choices they should make. We just want people to be able to talk to each other better.

It is difficult to occupy that middle ground. Why do you think it is important to remain neutral in your approach to the film?

I think most of us feel like we have to take a stand on moral issues; that we have to know all of the answers and we have to put a flagpole in our lawns that says, “This is what we stand for!” In reality, I don’t know that life is black and white. That has not been my experience. If we are going to stand for anything it is in asking people to listen to one another, respect one another, and love each other. We don’t have to agree all of the time, but we can say, “I get where you are coming from. I can see why you would make that decision. I don’t think you are stupid or crazy.”

At the end of the day, if we don’t love each other and don’t know how to listen and ask questions and honor each others’ experiences, then what actual progress have we made?

I think of Mormonism like this image of the stone cut out of the mountain without hands, rolling forward to envelop the Earth. I feel like that is the Gospel of Christ. And we are just rolling along, picking up ideas and beautiful light and knowledge as we go.

Do you feel like you have been transformed personally at all since starting the project?

Sometimes we say flippant comments like, “I don’t how anyone could do this or think this.” And I feel like that’s because we probably haven’t asked that person. Because when we ask, we can go, “Oh, yeah!” If we listen to other people’s stories, we can say, “Yeah, I still don’t agree with you, necessarily, but I get where you are coming from.” I think that’s so valuable because people do things for good reasons. I feel like it’s made me engage in my local community more.

Do you mean your local Mormon community? Did you find strength in engaging? 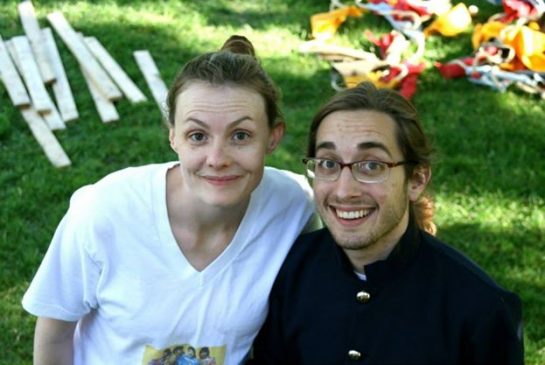 Do you feel like your relationships with God or the Church have gotten more nuanced?

I feel like this project has also strengthened my understanding of what the Gospel is at its core, for me. I think Christ’s message was inclusive. He went out of his way to include. He was loving and a pacifist. These core teachings of Jesus Christ’s ministry are what the Gospel is about and what Mormonism is about, for me. It’s what makes me excited about the Gospel and about the future of our Church and about being a member.

I have a lot of questions, but I feel more comfortable and confident sitting with those questions. I don’t feel like I have to necessarily put them on a shelf and not think about them anymore. I can hold them and say, “This is my faith and these are my doubts, and it’s all here together, and I feel confident in the core principles that I am going to follow.”

I think of Mormonism like this image of the stone cut out of the mountain without hands, rolling forward to envelop the Earth. I feel like that is the Gospel of Christ. And we are just rolling along, picking up ideas and beautiful light and knowledge as we go. That’s what Mormonism is to me. Love and inclusion. All the people, all the ideas, and everything that is virtuous and lovely and of good report and praiseworthy. And then everything else will fall away.

Favorite Hymn: “Put Your Shoulder to the Wheel” and “Be Still, My Soul”

On the Web: Far Between