Kat S. is a family therapist in New York City and a Jewish convert to the LDS Church. She is also the semi-anonymous blogger behind the popular Tumblr page “Just Say Amen Already,” a light-hearted look at her Mormon experience. Kat says she was prompted to the task of making us laugh at ourselves. Here, she talks about the healing power of laughter and the beauty she finds in life and the Gospel.

Kat follows the Jewish custom of writing “G-d” to avoid taking His name in vain. We’ve kept that usage in this interview.

What made you decide to start Just Say Amen Already?

A friend’s wife from my Jewish days had a similar Tumblr (“What Should We L’chaim”) for the orthodox Jewish community. I loved it. I thought it was so funny and refreshing to see another side to this culture we don’t typically see. I wanted to share it with my Mormon friends because so much of it related to the Church, but none of them knew Yiddish or understood the culture, so the humor would be lost on them. I thought maybe I’d just start one myself. And when I had that thought I had this incredible prompting that I should do it. I thought, “I’m sorry, G-d, but why are you concerned about Tumblr?” I just couldn’t understand why G-d would care about that, but I published my first few posts on July 10, 2012, and it exploded almost overnight.

If you can laugh about it, you can live with it.

I believe in the healing power of laughter. I believe that if you can laugh about it, you can live with it. I wanted to make people laugh about some of the cultural things in the Church. I think we have to be honest and acknowledge that there are things that are hard to deal with sometimes, and being able to laugh about it gives you hope and strength and perspective. Laughter not only makes life easier to deal with, it makes friends. It connects us. I get lots of comments from followers telling me they’ve felt the same way, that they’re so happy they’re not alone, and that it’s nice to know Mormons don’t take themselves so seriously.

How do you come up with your ideas?

Two ways. I go through gifs and find those that apply to certain situations. The other way is taking notes during Church or activities; I pretend I’m journaling.

I also posted one about going to a YSA [young single adult] event and leaving 20 minutes later. That’s been popular because I think YSA events are designed to make you not want to be a YSA anymore. It helps that I’m somewhat anonymous because I’m able to say things many people are thinking but no one is saying. People often feel alone in the LDS community, and if I can help anyone to feel a little less alone, then that’s all that matters to me.


If I can help anyone to feel a little less alone, then that’s all that matters to me.

One of your Tumblr followers got baptized after reading your blog. Tell us about that.

That is one of the coolest things that’s happened. This girl’s friend reposted something I had published and she started reading the blog, messaged me, and we started talking. She also lives in New York, and so I said if you’re in the city, why don’t you come to Church with me? (Realizing there was a significant possibility she could be a serial killer and now I’ve just told her where to find me.) She’s actually a lovely girl. She came to Church and took the missionary discussions and was baptized. She has a calling and is one of my very good friends now. 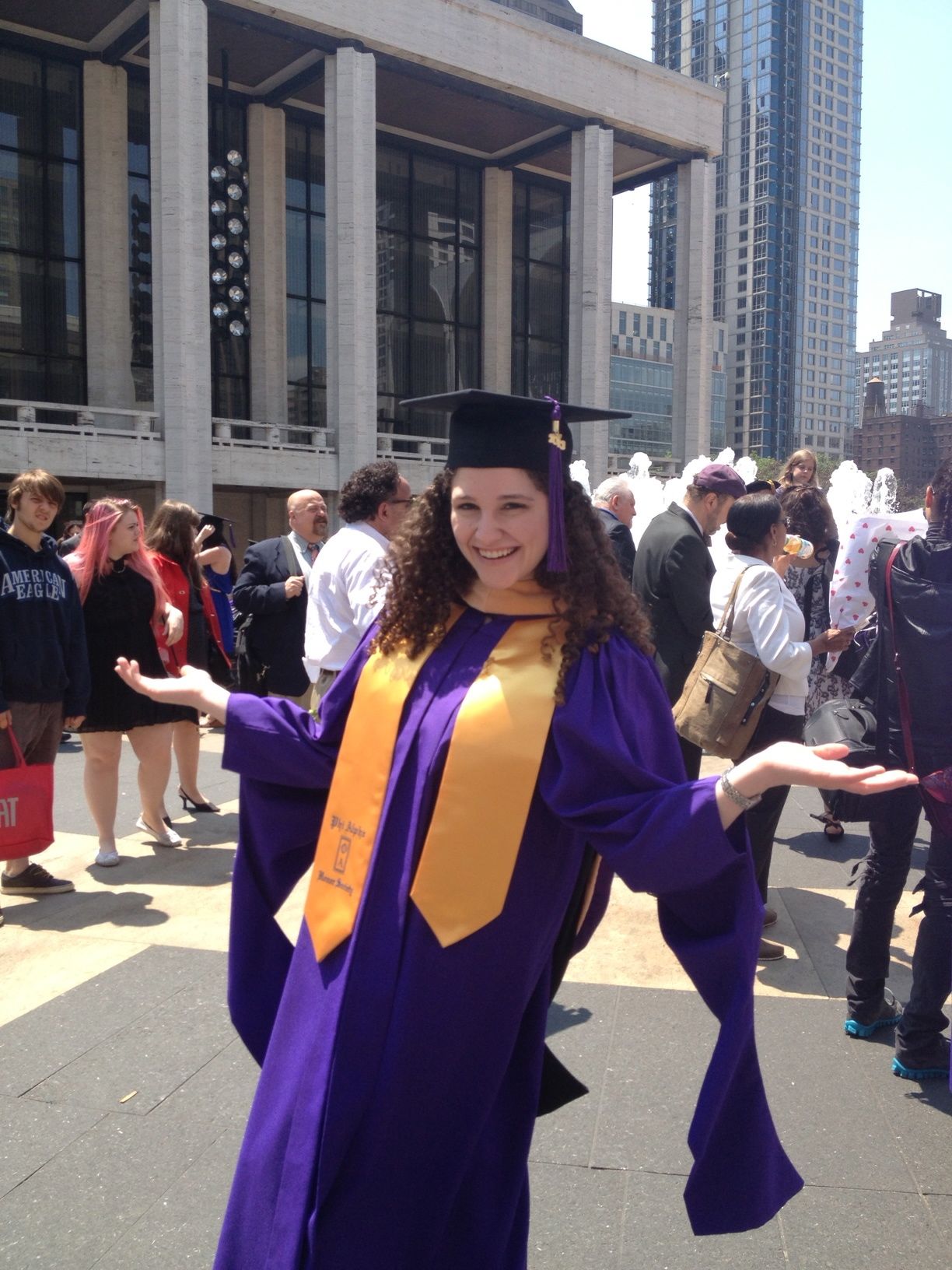 I’ve had a number of people reach out to me who’ve been interested in the Church or have been inactive and found they could relate to my posts. Seeing that others have the same frustrations gave them the motivation to keep going or return to the Church for the first time in years. I’ve been able to say you’re not alone. Don’t give up faith. Don’t give up hope. Pres. Uchtdorf said it best at this last General Conference: There is room for you. We need your unique voice and talents and perspectives. Don’t be silent.

Have you had any other missionary moments because of your blog?

A friend of mine committed suicide about two years ago, right around Easter. Her death really impacted me and so I wrote a post [“What Easter Means to Me”] about Elder Wirthlin’s “Sunday Will Come” talk, and about my friend’s death and my own struggles and feelings of loneliness. After writing that, I got emails from two different people telling me that they had thought about ending their lives and after reading my post decided not to. To think the blog has had this kind of impact is so humbling.

Tell us about your religious upbringing and conversion to the Church.

I was raised in a Reform Jewish home. For most of my life, I’ve had a very deep belief in G-d. I had a very difficult childhood; I was bullied throughout school and didn’t have many friends. I remember one night when I was in middle school, I sat up in my bed crying and looked up at the ceiling and said, “G-d, I just need to talk. I don’t know if you’re there, but I need to talk and you’re the only one I’ve got.” I started talking and that turned into a nightly thing. I knew someone was listening to me. I believed in G-d. Then, my first year of college, I got really sick, I was lying in the hospital in the ER and said a prayer that I needed a hug. In that moment, it felt as though arms were wrapped around me, and I knew someone was listening. I knew that if I was going to get through life’s challenges, I needed to have a stronger relationship with G-d, and so I delved into Judaism and started saying the ritual prayers every night and morning, studying Torah, keeping Kosher for Passover, but nothing ever felt like it was enough. It felt like there was something more I could do, like there was another step I should be taking. I didn’t feel like I had that relationship with G-d that I knew was possible.

For years, since I was in high school, I felt pulled to the Mormon Church and I didn’t know why. Everything I heard about it made it sound crazy, but I was still intrigued. I was looking at Facebook groups at BYU and Wikipedia pages for everything Mormon, and I didn’t know why I was so obsessed with it. I was feeling frustrated with my spiritual journey and thought, “I don’t think G-d would have me feel this way about the LDS Church if he didn’t want me to look into it.” So I chatted with the missionaries on Mormon.org, and they got me the number of the missionaries in New York City. I really didn’t think I’d ever get baptized, but after three months, at age 19, I was baptized. October 12, 2013, was my five-year anniversary. It was delightfully ironic; I spent it at my cousin’s bat mitzvah.

I thought, ‘If any Christian church is true, it’s this one.

What do you appreciate about the Jewish faith and what eventually drew you to the Mormon faith?

I was very proud to be Jewish. I found great beauty in Judaism and in the prayers and the culture and traditions. I still do. I still plan to have Shabbat dinners in my house and Hanukkah with my children. I still feel strongly connected to it, so it took everyone by surprise when a nice Jewish girl became a Mormon.

There were so many beautiful things that drew me to the Mormon Church, like the idea that we’ll all have the opportunity to hear the gospel message—that was incredibly comforting to me. That was the just, merciful G-d I knew. I thought, “If any Christian church is true, it’s this one.” 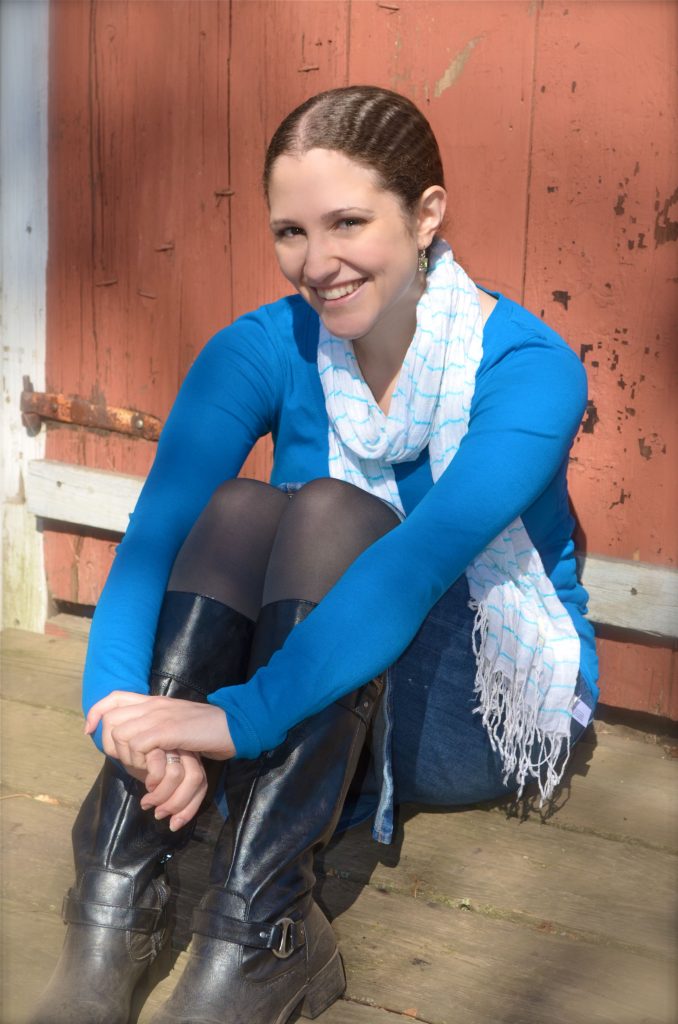 Culturally, the transition was hard on many different levels. There’s a lot of small, cultural things in the church that new members don’t know about. For example, the first time I went to a Relief Society General Broadcast meeting, I went to the chapel and everyone was dressed up and I wasn’t. I laugh about it now, but I felt so ashamed. I just thought I was going to watch a TV show. A year later, being in an institute class, I asked a question about some announcement and the teacher answered it in a very dismissive way as if it were the most obvious thing in the world. I understand that some of these things are small, but I hope we can all help new converts not feel so alone or dismissed.

You quote President Hinckley on your blog: “Life is to be enjoyed, not just endured.” What are some of the small things you enjoy in life?

My little brother falling asleep on my shoulder. Eating pizza. Reading a really good book. I have a wonderful job. I love to run and make people laugh. They are small moments, but those little things are worth living for.

Favorite Hymn: A tie between “I Stand All Amazed” and “Lead, Kindly Light”