On June 5, 2002, at the age of 14, Elizabeth Smart was abducted from her home in Salt Lake City and spent nine months in captivity. Her kidnappers, Brian David Mitchell and Wanda Barzee, were both sentenced to prison in 2011. Since her captivity, Elizabeth has become an advocate for the prevention of child sexual abuse.

On Friday, October 11th, MWP editor Neylan McBaine spent a few minutes with Elizabeth as part of her media tour promoting her new book, My Story. Their conversation follows. You can also read Neylan’s thoughts on the book and on Elizabeth’s experience here. 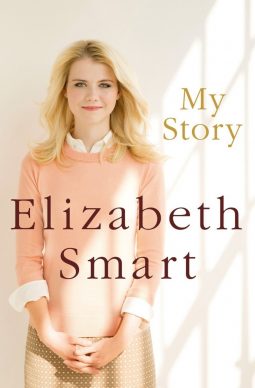 How did Jesus Christ’s atonement help you survive your captivity and heal since then?

I always knew that my Heavenly Father was with me and that he loved me. That really made a big difference to me, just knowing that he was there. And also knowing that Jesus knew exactly what I was going through, that he wouldn’t abandon me. I know that everything I have lost he will make up to me. I’m not left alone.

Was there a teaching from your parents or teachers at church that you continued going back to during your captivity?

I knew that my family is forever and that God knows exactly who I am. I knew he would never abandon me or forget about me.

Were there ever moments when you felt, if not abandoned, angry with God?  How did you move past that?

I never felt angry with God.  I knew that we are all here to make our own decisions, make our choices, and that sometimes other people’s choices will hurt us. They can almost destroy us, but that that’s not from God.  He doesn’t want these bad things to happen to us, but if we are faithful to him and if we hold on good can come out of it one way or another. We may never know how good will come, but it will come. We may never know the effect of what we went through, but we can know that good will come out of it and that we are prepared for what we are tested.

Do you feel like your relationship with God changed over the course of your captivity?

I always had a testimony but I felt that it became much more real during those nine months and that I didn’t have anyone else to turn to but God. My family wasn’t there, my friends  weren’t there. The only person I had to turn to was my Heavenly Father. So I felt like my relationship became much more real and yes, I do think it definitely changed my relationship when I was kidnapped. I think it even has continued to change even to where I am today… knowing that my relationship with God is not like a, I guess. a mystical, imaginative thing. It’s very real like the relationship that I have with my mom, my dad, or a friend. It’s every bit as real as that.

You have obviously made the media talking about some of the lessons that you learned in Young Womens that were not optimal. What would you ideally like Young Women in the church to know about their worth and about the role of chastity or sexual abuse in their lives?

It is important to understand that, despite whatever happens, no matter what you do, you will always have value. That that can never be taken away from you and that can never be changed. Wherever you go and whatever you do, you will always be loved and that love and that value cannot be taken away from you, cannot be tarnished or will never grow old. It will always be there for you. It’s not for anyone else to judge what someone’s been through, whether it was by choice or by force. It’s not for us to judge. That’s between that person and God and whoever they decide to involve.

What are your dreams and next steps professionally and personally?  Do you feel like you have been called to do the work that you are doing now or is there something else that you’re interested in pursuing?

Is there anything else that you would like to say to Mormon women in particular?

Just that miracles happen and that we should always have hope because we are never abandoned. You never know what you are going to be able to do with what you have experienced.

« Coded in the DNA
Tis A Gift To Be Simple »