Teruko Nakayama was raised in a Japanese family in Hawaii and although her parents practiced Buddhism, she never had any formal religious training. Giving birth to her first child, though, motivated her to seek for truth. Now in her 80s, Teruko and her husband have served three missions for the Church.

Born to immigrants from Japan, can you tell us a bit about your childhood?

I was born and raised in Waialua, Hawaii. In my family, I was the sixth of nine children. When I was born, my father was irrigating sugar cane for the Waialua Sugar Company. That’s how we lived—in the middle of the cane fields in Hawaii.
My siblings and I attended Japanese language school after school every day. It was difficult to pay the tuition but my parents did all kinds of extra work to send us to school and learn about the Japanese culture and language. 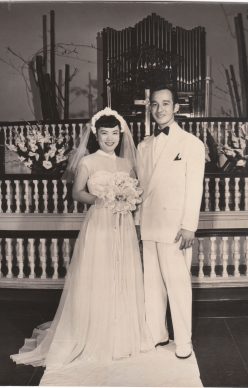 Teruko on her wedding day

My father wasn’t very religious until he lost his fourth child. He thought that losing a child was a punishment from God because he used to gamble every night. By the time I was born, my father had changed. He became very strict. He was a different father than he was for my older siblings. I was afraid of my father but I learned obedience. He was very righteous even though he did not have the gospel.

With parents who practiced Buddhism, in what ways were you prepared to hear the gospel of Jesus Christ?


My parents did teach us obedience and listening. My parents were examples of hard work and honesty. I’m grateful for that example.

How did you learn about the gospel?

It was the summer of 1952. I was married, had my first daughter and living in Honolulu. I had never practiced religion but when my daughter was born, I thought, “How am I going to teach my child about God?” I wanted her to know about God but I didn’t know anything about religion.

When the missionaries came, they were wearing double-breasted suits and they looked uncomfortably hot during the Hawaii summer heat. I offered a cold drink to them and asked them to come inside the apartment. In those days, missionaries asked the three “golden” questions (Where did we come from? Why are we here?; Where are we going?). I responded, “Don’t ask me, go to someone who knows the answer”. 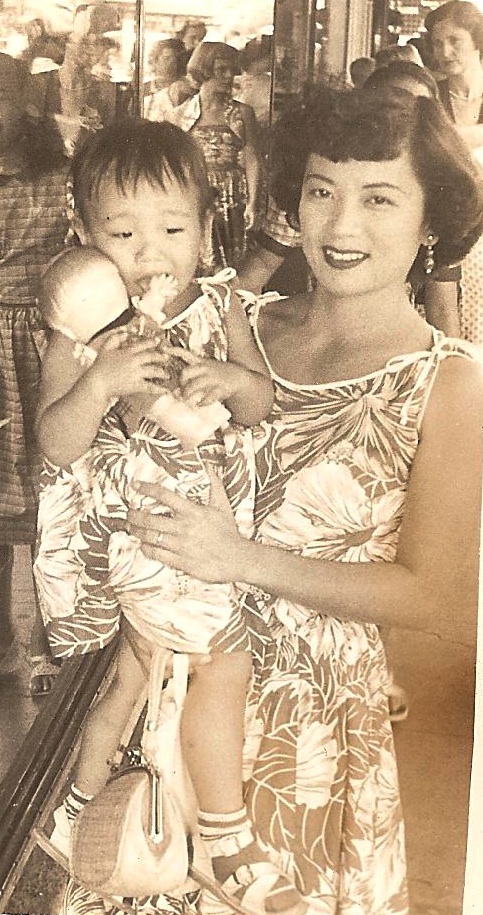 Teruko about the time she was baptized

Everything was so strange because to me religion is something that a lot of people grew up with but I never had. Within less than a year my husband and I joined the church together and gradually, one by one, a little at a time, we learned about the gospel. That’s how we progressed—a little at a time.

My parents taught me strict obedience and being obedient was important to my testimony. For example, the law of tithing was an adjustment for my family. We never gave a cent to another church but suddenly we were asked to give ten percent of our income. We thought, “We can’t do it, we’ll never save any money.” However, we just tried and tried and that was the blessing. I don’t know how long it took but eventually we were able to pay tithing and that has been a blessing. 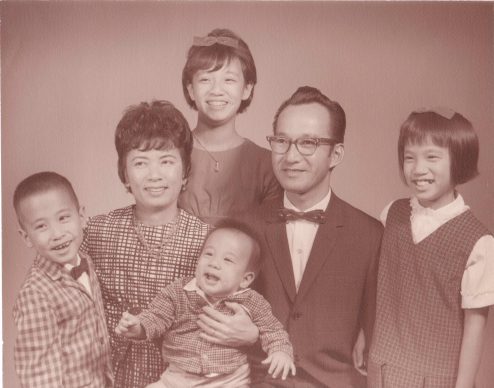 You went on to be obedient to callings given to you through the Church by serving four missions. Can you tell us about those opportunities?

My husband and I served in the Tokyo Temple Mission from 1986 to 1988 when I was just 60 years old. My husband was planning on retiring at age 62. The calling came and we thought, “We must go and serve.” We didn’t have much so we had to rent our house while we were gone and it was just enough to go on a mission. It cost $1,100 a month to serve a mission together and my husband and I were able to rent our house for $1,200 a month. The rent is how we supported ourselves on our mission to Japan. 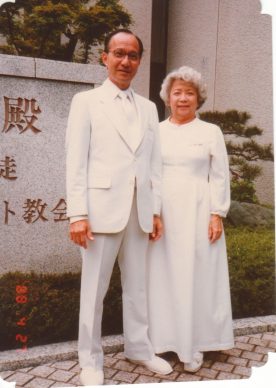 Teruko and her husband on their Tokyo Temple mission

After we returned to Hawaii, someone asked, “When are you going on a mission again?” I said jokingly, “If someone gives us money, we’ll go again.” My husband and I later learned that our ward had some money set aside to help couples go on missions, so we signed up for another mission! We went to Chicago, Illinois on a proselyting mission from 1991 to 1992. We had some success in bringing others to the church and it was a very precious experience.

Today, my husband and I are in our 80s and don’t have too much to do but we try our best to continue to be missionaries. It’s wonderful, this journey through life. I have been able to meet so many inspiring people who have helped me become a better person. I think I’m a missionary at heart. 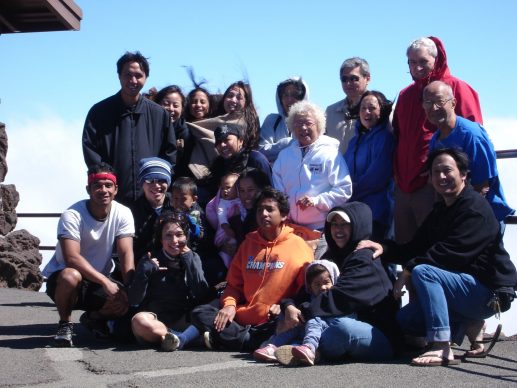 As a mother, grandmother, and great-grandmother, what kind of legacy do you want to leave for your posterity?

If I didn’t have religion I don’t know what kind of condition my family would be in. Prior to joining the church, we didn’t have any goals and would just live for pleasure. Through our membership in the church, I have come to know that happiness is living a simple life in the Gospel with my family.

Marital status: Married to Walter Tetsuo Nakayama since November 11, 1949 at Harris Memorial Methodist Church by Reverend Harry Komuro of Honolulu, HI. We were endowed and sealed in the Laie Hawaii Temple in 1956.

Languages Spoken at Home: Spoke Japanese to parents, but English spoken with our children, grandchildren and great-grandchildren.

« Video: Coping in a Non-Mormon World?
Peace Through Conflict »