As a high school student, Rebecca decided that broadcasting was definitely not an industry in which she wanted to work. However, her dynamic radio personality and distinctive voice opened doors to television and radio work which she pursued piecemeal as her three sons were young. Now with grown children, Rebecca is the host of FM 100.3 in Salt Lake City and a host on BYU TV.

Would you briefly tell me about the journey of your career?

Interestingly, my high school, San Diego High School, had a special broadcasting program. This was the early 1980s, and it was a new program and the teachers handpicked outspoken, extroverted participants. I was the student body president at the time, and the faculty encouraged me to get involved. I attended the program classes three or four times but felt there was a lot of emphasis on presentation rather than content. This turned me off broadcasting, and as a high school student, I deliberately decided I did not want to go into broadcasting.

When I went to BYU, I studied organizational behavior and business communication, following theory from people like Steven R. Covey, who was just beginning his career. My schooling included things about improving the lives of people, making people’s lives easier. Ironically, however, in 1988 I married a television producer. 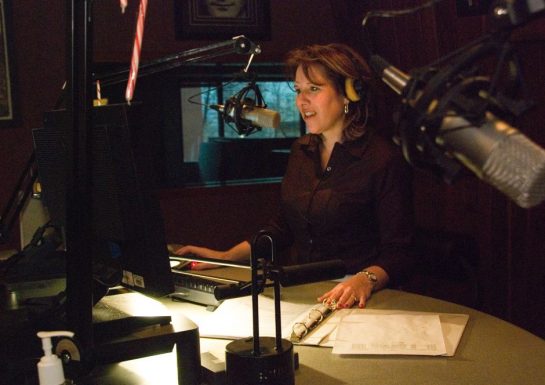 My husband, Dale, graduated from BYU’s broadcast program and had worked as a television producer. Because of this, and his connection with the business, opportunities came for me to work behind the scenes of television. For example, someone at a station would hear my voice and ask me to voice commercials. Before long, I did some radio voice work for a station in Vermont. And then, after ten years of living outside of Utah, we moved back and a station was looking for a radio show host. Before long, someone recommended me for a job, and I went from being a radio disc jockey to a radio hostess on a talk radio program. Then someone asked if I would like to try television. I was certainly not a television reporter, but I did my research and worked closely with my husband, and soon, I was a public affairs reporter for the Church. From there I went to morning radio for five years and then I was back in commercial radio.

With all of that, it’s clear that I came into the business backwards. As every door opened, whether or not I felt completely ready, I just walked through it. From the beginning, some people set out to be a television anchor, and it’s very deliberate. That’s not how it worked for me. Opportunities would come and I would walk through the door whether or not I felt totally prepared.

Working in the media, how do you remain unbiased but loyal to your beliefs?

Growing up in California, I often had people ask me about my beliefs, and so it became easy and natural to talk openly about my faith. I think that’s why I’ve never had a hard time talking about my beliefs. I am not afraid of the truth. If someone wants to know about my beliefs, I’m happy to share. In situations when I’ve had to report on something that sheds a negative light on the Church, I’ve never worried. I just report the truth.


If someone wants to know about my beliefs, I’m happy to share. In situations when I’ve had to report on something that sheds a negative light on the Church, I've never worried. I just report the truth.

How have you and your husband prioritized your careers?

It’s been very fluid. Wherever we’ve lived, I have found work. But I have been flexible. Not only did I work in broadcasting, I worked at the YWCA teaching children to swim. I also worked at a state college in student affairs. I taught Spanish at a ski academy in Vermont. I also worked at a physical fitness gym. I always pursued things that I loved and was interested in.

I’m one of those, however, who received the painful news from a doctor who said, “I don’t think you’ll ever be able to have children.” I was given this diagnosis in my early 20s, just before I was married. I was heartbroken. I had just returned from serving an LDS mission in Bolivia, and children were always tender to me. But because of this news, I knew it would be difficult to have children, and I was open to fostering my career. 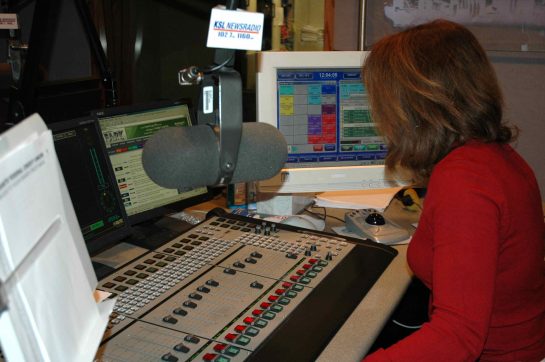 When our first child came, within our first year of marriage, motherhood became very precious and important to me. From that point, I made family my priority and wanted to be home to raise my three boys. Although I did things here and there to help pay the bills, I didn’t go to work full-time until after my youngest was in school.

In what ways has your career opened doors for making a positive difference in the lives of your family and your community?

I have been able to do so many rewarding things. For one, I host “Living Essentials,” a television series that provides helpful ideas on life, health, and family. It really enriches lives. People around the world watch the show and can relate to stories and feel empowered to face problems they might have, like depression. I’ve had the chance to interview specialists in all sorts of diverse fields. I have talked with the area’s best family therapists, the most experienced educators, the most qualified financial planners. The program not only touches others’ lives, but I have been helped, too. I have learned things to help me broaden my views and become a better mom.

How do you balance church, work and family?

I don’t. I first look at my children and make sure they are happy and that my relationship with them is where it needs to be. I do the same with my husband. My family always comes first. My work keeps me very busy, but I enjoy it. I also enjoy my church calling as a gospel doctrine teacher. But there are a lot of things I have to shelve. If the Relief Society passes around sign-ups for canning, I might have to shelve that, and other things. I’m sure I could also be a better neighbor if I weren’t working full-time. I reconcile that, knowing there was a time when I could bake bread and take it to the neighbors. Now I think to myself, “Rebecca, there was a time when you did those things. It’s okay for someone else to step in and play that role, too.”

Looking back, how do you feel about your choice to be a working mom? How is your view of motherhood different than that of other LDS women?

I never would regret having spent more time at home. When I was raising young children, however, the secret was looking for the right kind of work. I was flexible. I would do freelance jobs or limit work to small amounts of time a day. I would also work early in the morning when everyone was still asleep and then get home at 9:30 in the morning. All of this I did piecemeal.

I treasure the times when my kids were young. I miss holding a baby and caressing the cheek of newborn. I really enjoyed those years, and I continue to have a deep connection with my kids. I have one son with learning disabilities, and I’m grateful for the blessing to have been home while he was young. I know he wouldn’t be where he is now if I hadn’t been able to dedicate that time to be home.

In conjunction with motherhood, I have found opportunities to develop my interests. My mom encouraged individuality. She always told me to try things, to go for it, to do what I loved. When I went to BYU, I was the California girl with flip-flops and hair down to her waist. I knew I didn’t fit the mold in a lot of ways. I’m a feminist. But I didn’t feel the need to conform, either. I pursued the things that interested me. I always did what I loved and had a passion for. And, again, when an opportunity came, I walked through the door.

Many Mormon women feel they are duty-bound to give up a career and be a stay-at-home mom. How do you feel about that stereotype and what would you say to other women who feel like they have a lot to give both personally and professionally?

I have a friend who recently said she was worried about going to our high school reunion because she didn’t have a resume of accomplishments; she had stayed home to be a mom. I think we need to be at a place where we’re happy, proud in our role as a mother. We need to say, I do this and I love it. It makes me happy. Our influence as mothers is immeasurable. One thing I strongly believe is that if our children see us happily living the gospel they’ll want the same thing for themselves. 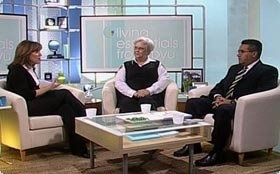 Rebecca on the Living Essentials set

Women don’t have to have a full-time job to develop their talents. They can do little things here and there. I would just encourage them to walk through those doors that open themselves to opportunities.

What is your next pursuit, personally and professionally?

A lot of people have asked this question and wonder if I’ll write a book. I think, however, that I will focus on some of those things I’ve left behind because I just haven’t had the time. I want to get my food storage, not because I think there will be a disaster tomorrow, but so I feel prepared. I want to document memories for my children with digital scrapbooks. I will try to do a better job at the things I’ve had to overlook.

Now that my three boys are grown, I look forward to the days of having a house full of little children as a grandmother. There’s so much to look forward to.

Favorite Hymn: “How Great Thou Art”

« A Better Doctor, A Better Christian
I’ll Go Where You Want Me To Go »