Saving Lives, One Mother At A Time

Since her childhood days in Alberta, Canada, Dana Allison has been an advocate for women, and now she has dedicated her life to saving other lives: those of new mothers in underdeveloped countries. The 32-year-old executive director of Women’s World Health Initiative shares her experiences starting a nonprofit, transitioning to married life in England, and her hopes for women everywhere.

How did your upbringing shape your opinions about women and different cultures?

I grew up in a household where nothing—housework, occupations or abilities—was categorized by gender. So I never understood the idea that “this is what men do” and “this is what women do.” I was really grateful for that. My parents encouraged me and my siblings to do whatever we could to make the most difference. Marriage was always implicit, but it was never used to stop or think twice about the field we chose.

Something else I appreciate about my parents: They never described individuals by their physical features. They wouldn’t refer to someone as “fat” or “black” or “Indian.” Instead, they’d say, “the man in the red hat” or “the woman in the blue dress.” Because of that, I wasn’t really aware of those differences. We grew up in a small northern Alberta town where there was one Indian family and almost everyone else was white. We were friends with them. We had them over to our house, and I didn’t realize they were different. I think that’s what definitions do—they put people into boxes and limit their potential. The gospel teaches that we’re all children of God. Our potential is eternal. The arbitrary settings we put on others are limiting. I resent that. 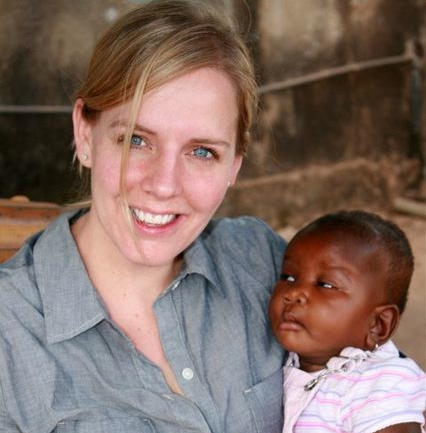 My mom was sensitive to things said about women, and so I also became sensitive at a young age to what was said and advertised about women. I began to feel this inner fight because my life was defined by much more than just my physical attributes or sexuality. In fact, I was an ugly, fat girl. My life and success was never defined by the way I looked—I was always depending on my intellect or humor or confidence or personality. As I got older, I felt compelled to combat sexual exploitation of girls and women in pornography, advertising and, especially, the sex trade because of its awful effects on women and society. Since I can remember, I have had a deep compassion for individuals in vulnerable circumstances. Do you remember, in the 1980s, there was that huge famine in Ethiopia and they showed all of those commercials of the fat-bellied children with flies? My mom tells the story that when I was about five, I was watching one of those “Save the Children” or “World Vision” commercials, and I was crying, asking her what I could do to help. I was very disturbed by the fact that people were suffering. It is just a part of me. It’s a part of my soul.

What happened after you left home?

I went to the University of Chicago. I loved the liberal arts education; I really learned how to think rather than what to think. I wrote my thesis about single African-American women in the welfare system. During the latter part of my college years, I became intellectually inactive in the church. It was an excuse not to live right, and I knew that. So, after graduation, I moved back to Canada and prepared to serve a full-time mission. I was called to the Salt Lake Temple Square Mission. After my mission, I went to Taiwan to study Mandarin Chinese, and eventually to the University of Utah for medical school.

The gospel teaches that we're all children of God. Our potential is eternal. The arbitrary settings we put on others are limiting.

When did the idea of Women’s World Health Initiative (WWHI) first come about?

I’ve always been interested in international work. During medical school, I worked in the Mae La refugee camp, along the Burma-Thailand border. The camp was home to about 50,000 refugees—I had never seen that kind of daily human suffering. At first, I had what some call “white man’s guilt.” Every night I would go home depressed, thinking I had too much. I expressed these feelings to the regional director of the UN Refugee Agency, and he told me, “You didn’t choose where you were born, but you choose what you do with the resources you’ve been born with.” I felt the Spirit tell me I could do something to help, but I still didn’t know exactly how. 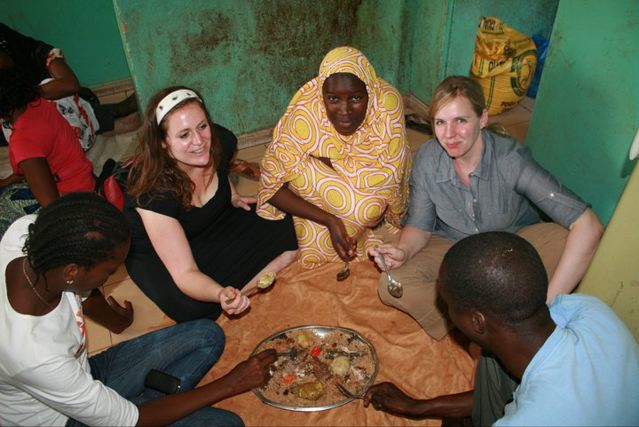 A few months later, I went to a global health conference where I heard Dr. Youssoupha Ndiaye speak about maternal mortality in his rural village in Saraya, Senegal. It was then that I knew how to help. I had a strong impression that I was supposed to help prevent maternal mortality in rural Senegal. I could not sit by and watch while mothers died giving birth. I began researching nonprofits but couldn’t find anything that I thought worked in an economically sustainable way. Someone who believed in the cause gave me some initial funding and, in 2008, I started WWHI.

WWHI combines the gospel’s welfare philosophy of teaching a man to fish and the understanding that we’re all children of God. I knew that these women were capable and smart, they just didn’t have the same opportunities as I did. 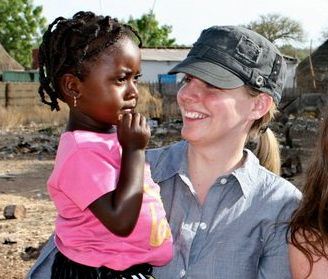 WWHI believes strong, healthy mothers are the heart of robust communities and countries. Our vision is that women and girls in developing countries have positive, healthy experiences with pregnancy and childbirth. That they know their options, can make their own choices and access quality care. By saving mothers, families are preserved and communities thrive.

What’s helped you stay motivated in your nonprofit work?

When there are budgetary constraints or other challenges that come with nonprofit work, I go back to those moments when I felt the Spirit. I regain hope through memory of the Spirit, and that’s when a door opens.

Sometimes we feel prompted to do something—something scary—and we take the first steps. And then when something doesn’t seem to work out, we so easily say, “Well, this must not be what God wanted because it isn’t working out.” Maybe that’s true sometimes, but I actually don’t believe that. When God offers something great, he requires something great in return. You have to respond in a manner that requires the Atonement. I certainly couldn’t have conjured the idea of WWHI by myself.

We so easily say, 'Well this must not be what God wanted because it isn't working out.' I actually don't believe that. When God offers something great, he requires something great in return.

In addition to your work at WWHI, you recently got married. Tell me about your new family.

I met my husband on LDSSingles.com. I bought a one-month membership for $14.95—it was the best $14.95 I’ve ever spent. Shortly after I married him, I also became a full-time mother to his three children. Becoming a mother of three instantaneously has been a big transition. It requires later nights and earlier mornings in order to accommodate my work and home life. I’ve realized there are some things I have to give up, and focus on what’s most important, both in work and in the family. Like starting this nonprofit, when things get hard, I remind myself of the moments I felt guided by the Spirit.

If I could give one message to women, it’s this: Don’t limit yourselves. Don’t let the world devalue the greatness inside of you. And don’t judge each other for choosing different paths. Whether a woman chooses to stay at home or work or do both—it’s irrelevant. What matters is that she can choose, and her choices are as equally valid as anyone else’s.

Favorite Hymn: “Come, Thou Fount of Every Blessing”

« Understanding Who She Is
Her Castle On A Cloud »