EDITOR’S NOTE: Kayleyn Louder’s death was confirmed on December 2, 2014, a week after this interview was published. We are saddened by the news, and offer our sincere condolences to Kayelyn’s mother, sister, and cousin interviewed here, along with the rest of Kayelyn’s family and friends who mourn her loss. Please see the “How to Help” section below for details about donations in support of the Louder family.

On a cold and rainy November morning, more than 170 volunteers with ponchos, hand warmers, and GPS trackers canvased a one-mile radius in Murray, Utah, in hopes of finding clues that would lead to Kayelyn Louder, a 30-year-old social worker who’s been missing for nine weeks. Kayelyn was last seen on a surveillance video running barefoot in the rain, wearing a white tank top and jean shorts. She left behind her keys, wallet, cell phone, and her beloved Chinese pug, Phyllis. Her disappearance has stunned and confused family and friends. After the most recent search, Kayelyn’s mother Suzie Louder, sister Madi Rodriguez, and cousin Amy Fugal shared their heartaches and hopes in their search for Kayelyn. 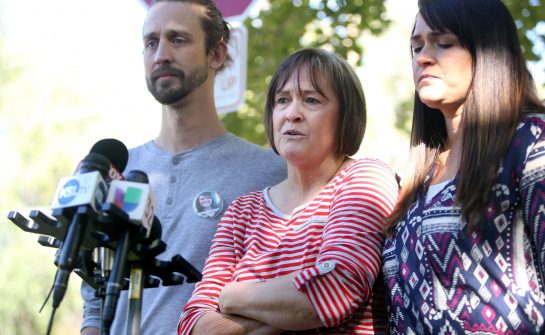 How are you holding up with everything that’s happened?

Suzie:  I don’t know that I am. I hope and pray that we get some answers but I don’t really know that I’m holding up. I have ups and downs and sleepless nights.

What do you think about at night?

Sometimes people just want to get wrapped up in a story, but this isn’t just a story. This is a person.

When was the last time you talked to Kayelyn?

Suzie:  We talked almost every day. On the morning of her disappearance, a Saturday, I talked to her on the phone as I was driving down the canyon. It was a normal conversation. She sounded fine. I told her, “I’m driving through the canyon and I’m going to lose you. I’ll call you back later.”

But that was the last time we talked. I kept calling her that weekend, but she didn’t answer. On Monday, I went to work and told my husband how weird it was that I hadn’t heard back from Kayelyn, so he tried to get a hold of her without any luck. Then, her roommate called me on Tuesday and asked, “Have you seen Kayelyn? I haven’t seen her for a couple of days.” That’s when we began to panic.

The next morning my husband went down to look for her, and found her purse, phone, and dog, Phyllis, at her condo. She wouldn’t have left on her own without any of those things. My husband immediately got the police involved. It took me a couple of days to really believe it. I thought we’d find her. I thought she’d come back. 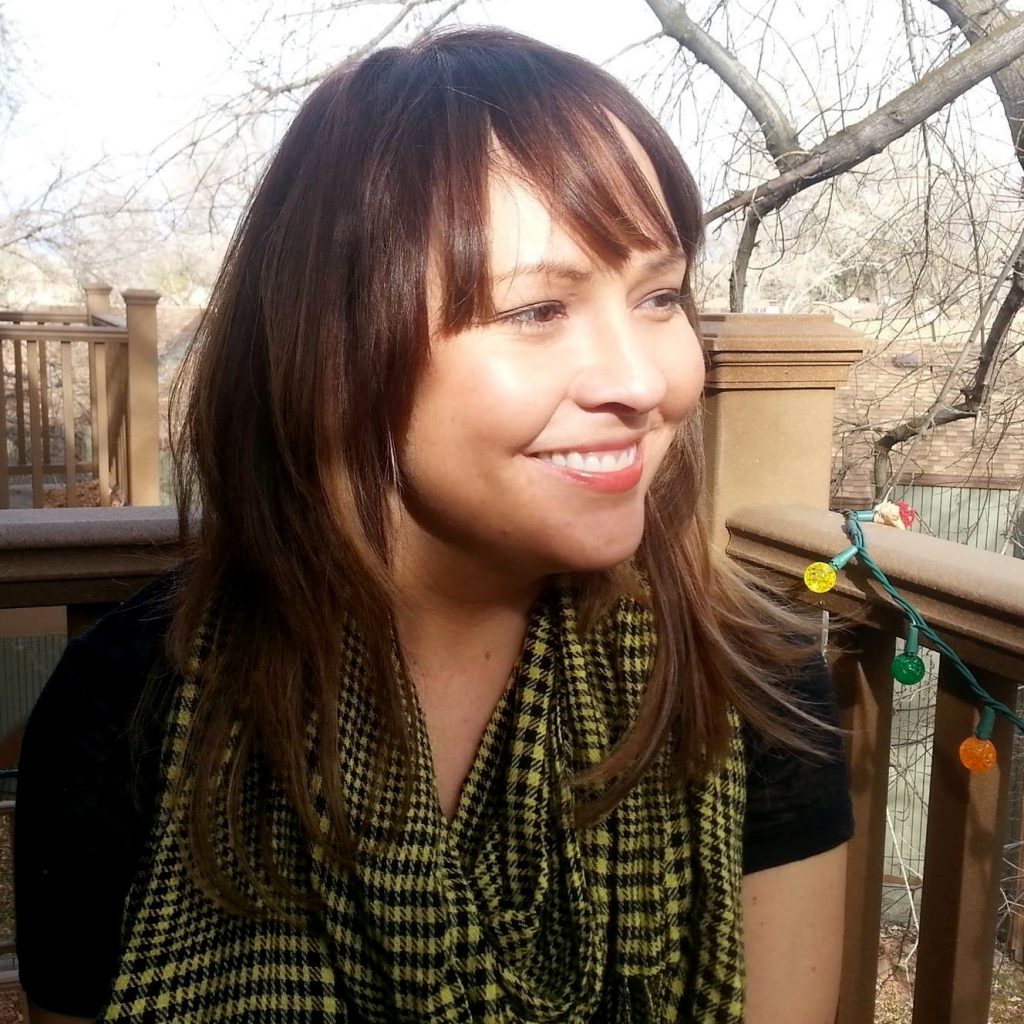 Kayelyn called 911 three times before she disappeared. She was convinced someone had broken into her condo. She sounded scared. What was your reaction when you heard those calls?

Suzie:  It was startling. I thought something really weird has happened and I want to get to the bottom of it. What was this all about? If she’s needing help, why weren’t we notified? She’s never called 911 in her whole life.

Do you think there was foul play in her disappearance?

Amy:  There’s got to be at this point. Something has happened. Someone knows where she’s at or has done something to her or has seen her and hasn’t come forward.

You mentioned you’ve been praying a lot. What do you ask for in your prayers?

Amy:  For some sort of guidance to find her. We’ve prayed for law enforcement and private investigators to know which leads are most important. And for someone good to be put in her path who can help her.

I imagine a tragedy like this must try one’s faith. How has this affected you spiritually?

Suzie:  We’ve had several struggles in our family, so I was really mad when this happened. I kept thinking, “Why does the Lord keep doing this to me?” Because I’m not that strong. For a while, I was bitter and angry. And I think, “Everyone has problems, but why do mine have to be all over the TV?” It’s hard to not get immediate answers. There may come a time when we say we may never know what happened, and I don’t know that I’m okay with that.

Amy:  We’ve experienced a lot of everything, to be honest. There’s a lot of frustration, but there’s also amazing people who have helped in so many ways. Random strangers call us up asking how they can help. The hundreds of volunteers who’ve searched, put up flyers, and shared on social media. People have donated money, billboards and food.

Just recently, someone gave us the idea to call Adult Probation and Parole. We did and they called us back and had us come to one of their meetings. More than 100 parole officers met with us and went out into the community passing out flyers and asking people about Kayelyn. That was an answer to prayers.

We've prayed for some sort of guidance to find her. We’ve prayed for law enforcement and private investigators to know which leads are most important. And for someone good to be put in her path who can help her.

How do you go on with the day-to-day of life? Has a “new normal” begun for you?

Suzie:  I’ve decided there’s no normal. I’m still working, not by choice, but I need to keep working even though Kayelyn is always on my mind. It’s a good distraction for me. When I stay at home, I begin to feel despair and hopelessness. Going to work and getting out in the community enables me to feel love and concern from others. Thank goodness for dear friends at work who put their hand on my shoulder and tell me they love me and are praying for me. Those small things help me get through the day. 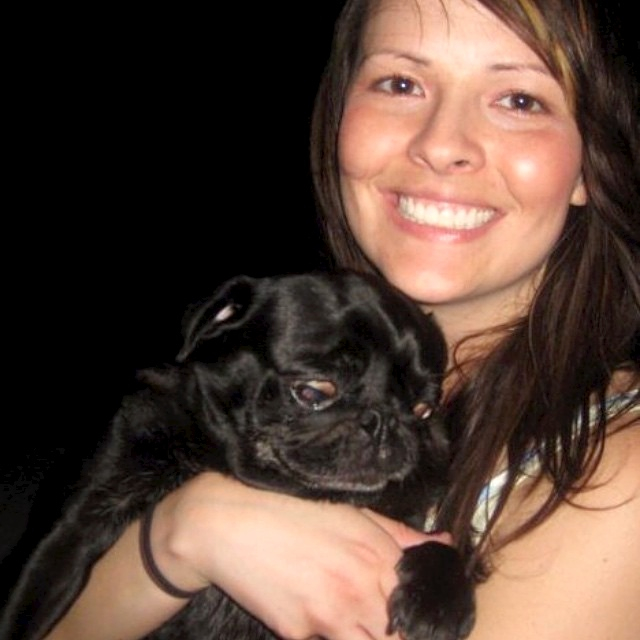 Madi:  It doesn’t matter who you were, what you believe, or what you wear— she loves you for you. That’s why she has so many different friends. She loves everybody.

Amy:  She’s quirky, unassuming, nonjudgmental, fun-loving, and easy to be around. Neighbors who had never met her said they’d see her walking her dog and she’d stop by to chat and invite them over for tea. She’s an avid reader and would lend books to her neighbors.

Suzie:  I grounded her from the library when she was little, which I never had to do with my other kids. She loves books. She loves sushi and spending time with friends. She has a twin brother, Colton, so when she was younger she was always trying to find her place, but she became more outgoing as she got older.

We raised our family in Lehi. Kayelyn went to Utah State University to study social work. Her most recent job was as a social worker at the Gateway Academy, a treatment center for teenage boys. She loves animals, especially her dog, Phyllis. One time, when she was little, I came home and looked out the window and she was in the orchard on the back of a horse that hadn’t yet been broken. I told her brother, “Go get Kayelyn!” and he said, “She’s fine, she does that every day when she gets home from school.” That horse loved her. 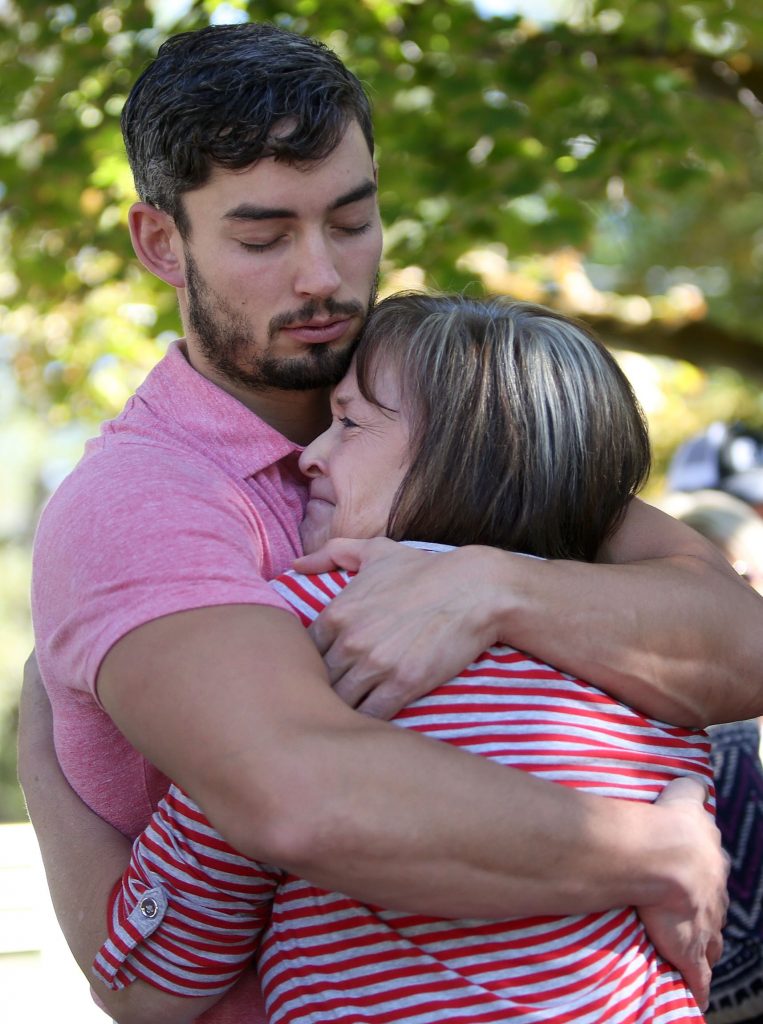 It must be hard not having any closure, not knowing what to feel or whether to grieve.

It’s hard to not get immediate answers. We may never know what happened, and I don’t know that I’m okay with that.

Suzie:  As her mother, I want to protect her and I don’t know how to do that. Some days I don’t have any hope. But we don’t have evidence that she’s dead, so until proven otherwise, we have to hope. We’ve made up a lot of scenarios in our own mind. Everything you could imagine. But as far as police go, they don’t have any strong leads.

What’s the best thing people can do to help?

Amy:  Spread her story and face on social media. Attend the searches. Be aware.

Madi:  Sometimes people just want to get wrapped up in a story, but this isn’t just a story. This is a person.

Suzie:  This is my little girl. 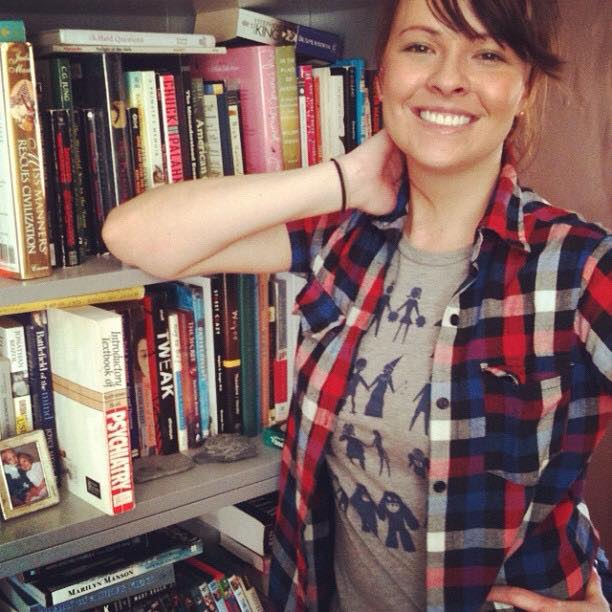 UPDATE: HOW TO HELP

On December 2, 2014, police confirmed Kayelyn Louder’s death. Her body was found in the Jordan River some miles from her home in Utah, nine weeks after her disappearance. No details have been released about the cause of her death.

Ongoing donations to the Find Kayelyn Louder fund will help Kayelyn’s family pay for costs associated with her funeral and for ongoing private investigations.