Ann Romney spent many years in the global spotlight as the wife of Massachusetts governor and United States presidential candidate Mitt Romney. However, with campaign trails behind her, Ann is now choosing to focus on the role closest to her heart: mother of five sons and grandmother. She recently published a book, The Romney Family Table, in which she shares her favorite recipes for bringing a family together at mealtimes. As part of her tour to promote the book, Ann met with the Mormon Women Project to reveal the joys and challenges she’s found in motherhood, as well as to discuss building empathy in young boys and having confidence in oneself as a mother.

What are the most important habits and traditions you emphasize in your home to keep your family close, especially since your children are out of the home?

It’s a requirement that we get together. They know that. Every other Christmas and Thanksgiving we’re together, and every Fourth of July we’re together. We see them a lot. I feel like we see them every three or four weeks; we’re always moving around to see them. It’s such a huge effort. It’s important that the cousins become friends. Of course, getting around the table and sharing food is so important.

We are taking our first trip this coming summer with four of our older grandchildren, which will be a tradition that we’ll be carrying on from Mitt’s family. We’ll be touring the western United States: Zions, Bryce, and then to Yosemite, the Grand Canyon… No parents. Just the grandkids and Mitt and myself. We’re already thinking about principles we want to teach the about this country, about some of our great leaders. We want to make sure they have a love for this country and an appreciation for those who have sacrificed so much for it. Also, gospel principles. We want to make sure they know we read the scriptures, that we say prayers…. They’re doing those things in their own homes, but we want to reinforce them. We’ll teach them some songs – “How Great Thou Art” is one that Mitt’s father made sure to teach him and we’ll tell family stories: the histories of the family pioneers and those family members who made sacrifices.

It sounds like you take a very strategic approach to it. Is that necessary?

You have to. It takes effort. It takes planning. Things don’t happen spontaneously. Oftentimes it’s the woman who has to make those plans and make sure that they happen, and they won’t happen if you don’t plan them. 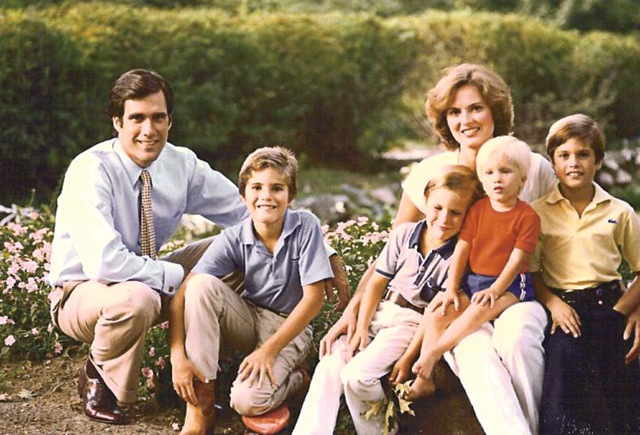 Was eating together always something you had as a goal for your family, even from your early marriage?

I don’t think I ever thought about it. It’s just morphed into what we do. I came from a strong family, not LDS, but we had strong family traditions of making conversation at the table and loving family. But I think one of the more important lessons my children observed at the table when they were growing up was how much Mitt and I loved each other. We didn’t speak harshly to each other. We were respectful of each other’s opinions. We didn’t disagree about raising children in front of them; we had those conversations quietly and privately about discipline approaches, but we had a united front always in front of the children. They saw, too, that he never raised his voice to me and that they would get in the most trouble of their lives if they talked back to me. So those reinforcements that happened all along established in their minds what it was like to have a strong marriage and have a life partner who you really respect. They picked that up and I see them treating their own wives similarly. They do the dishes like Mitt did and are involved dads.

I truly believe the most important thing you can teach a child is that they’re loved and that God loves them. If they can really come away really secure in those things, they can be productive adults. That doesn’t mean they’re protected from tragedy and heartache, but at least they can have that sense of security and peace when they do have to go through those difficult times in their lives. 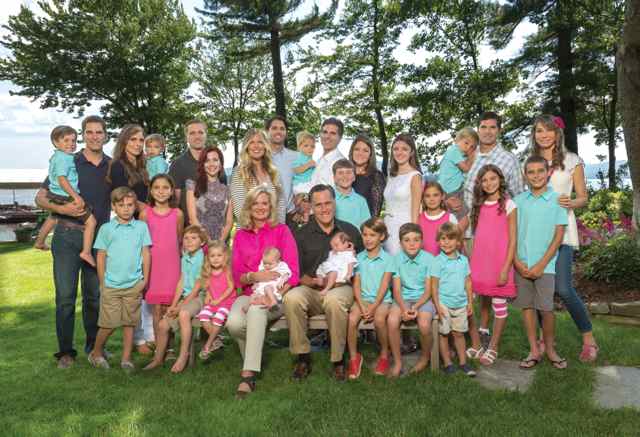 It’s often frustrating as a parent when you see a child misbehave or be mean to one another. That was often the hardest part for me! As I see them now as adults, I know they’re not mean. I think as a parent you have to remember children really do misbehave, and that’s just part of what you have to go through. You as the mom always have to be teaching, showing by example, reprimanding, helping, guiding… It seems like an endless process when you’re going through it, and it doesn’t seem like they’re getting it. But they do. And it just takes a long time.

Specifically regarding empathy, we modeled empathetic behavior deliberately and we made sure they were involved in service. If we were taking a meal to someone who was sick, I made sure they went in the car with me and they helped me deliver it. So at least they saw that this is what we do. This is how we behave. When Mitt did service he made sure the boys came along and they helped out. They had to participate in it, they had to work for it, then they had to see the rewards of the people who they had helped. That was a very important piece for me. At the same time, we really taught them how to work and not to be instantly rewarded. To know they couldn’t have everything they wanted. The teaching moments had to be consistent. It seems like it’s endless and goes on forever and that you’re not making much progress. Honestly, it really does seem that way. But now I look at them as adults now and the only thing I can say is that it’s very rewarding to see my own grandchildren misbehave! Now my sons have to deal with it! I see them struggling, I see them frustrated. Now I’m saying to my sons, “Don’t be so hard on the kids! Be a little more patient! They’re really good kids!” It’s interesting to see the full cycle!

You very publicly have had a conversation about motherhood not being “work”. In fact, you were accused of “not having worked a day in your life.” What would you say to Mormon women who are having that conversation daily in their private lives? What is your advice to them for how to respond and how to be at peace with their choices in their own lives?

I would first say that the world never rewards you. You have to know that the decisions you make along the line are not going to get respected, but you have to know in your heart what is the right thing to do. If any of us are ever looking for the praise of the world, it’s short and doesn’t mean much. Staying true to your principles and knowing yourself… And not listening to the loud, loud voices but to the quiet whispers in your heart. It’s hard. It really is not easy. We all would like to have a good pat on the back and be told, “Good job. You’re doing the right thing.” We don’t get that. The rewards of being a mother take years and years. You have to be content in knowing you’re doing what’s right for you. Hopefully, you have a partner that values what you’re doing as the most important thing in the world too. It really is important work. 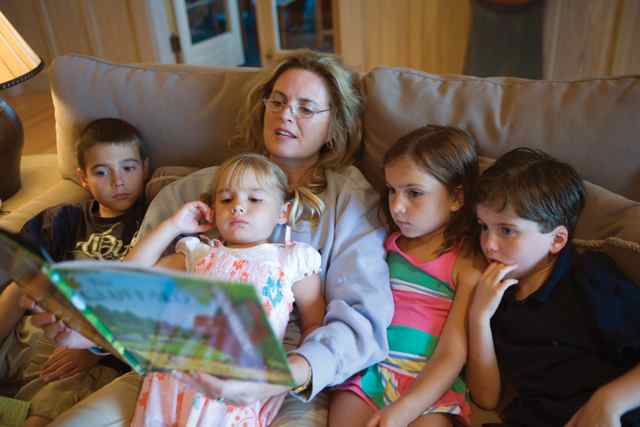 The other thing we have to remember as women is that we have to respect each others’ choices. Some women are going to choose differently, and you have to respect that. You hope others will respect your choices as well. Women are having to make tough choices; the vast majority of LDS and non-LDS women are having to juggle both family and work. It’s very difficult to do both very well, and it’s a challenge most women face now. Power on, I say. Keep at it.

Mitt was never so glad to go to the office when things got sticky at home. It’s definitely the tougher thing to do! It’s 24 hours. It wears you down. It’s fatiguing, especially when they’re small it’s wearing physically. And then when they get to be teenagers it’s wearing emotionally. You will also find that every single woman who has raised children wishes she could go back and enjoy those years, because we didn’t. We were working so hard, we were pushing so hard. And you hear it from everyone: “Oh, just enjoy those years!” And you don’t, you’re so stretched. Every once in a while you need to unplug, take a look around and smile and say, “Yeah, it’s totally crazy. But it’s wonderful.” 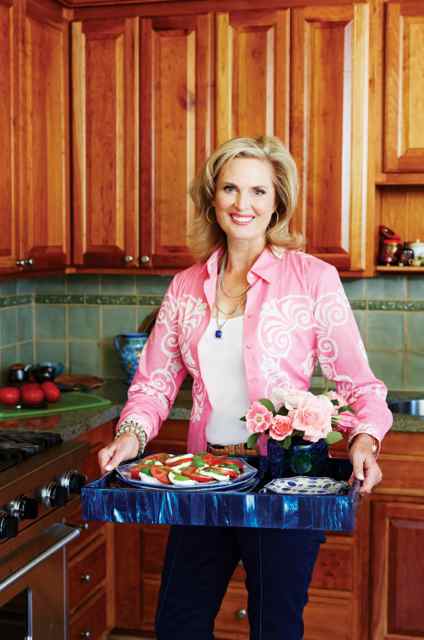 Is there anything you’d like to share with Mormon women specifically about how the gospel has informed the decisions you’ve made in your adult life? You haven’t always been a member of the Church.

No, I haven’t always been a member and I had parents who were always pushing against me because of some of the decisions I made, whether it was having a temple marriage or having more children. They pressured me, yet in my heart I knew I was doing what was right for me. It’s important to know the gospel does give us the foundation and the perspective on life to know the things that are of real value. I’m so grateful that the gospel has given me my balance and my direction in life. It’s reassured me, and given me peace and comfort and love and hope. That’s what it brings to us. I can’t imagine making it through some of life’s toughest times without my faith. The associations we have at church, the priesthood we have in our homes and the blessings we have in the temple give us the encouragement and comfort we need to get through.

« Understanding What Is Real
Sharing the Burden »