The Gospel Doctrine lesson #29 manual objective is “To teach class members Alma’s counsel for remaining faithful in the gospel and to help parents understand how to teach and counsel both righteous and unrighteous children.”

To show how Alma’s devotion to sacred writings can apply to our day. 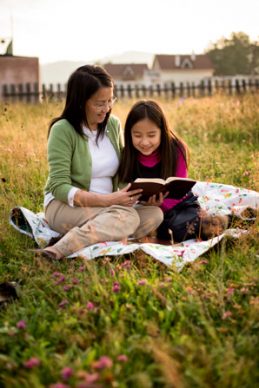 In the October 2000 General Conference, Virginia U. Jenson told a story of a letter written by Emma Smith. This letter was circulated among various readers until it reached one Dan Jones, a boatman on the Mississippi. He related, “I shall never forget the feelings which that…letter caused me to have. I perceived clearly that not only did [she] believe the New Testament, the same as I—professing the apostolic faith, and rejoicing in the midst of her tribulations at being worthy to suffer all…for a testimony of Jesus and the gospel—but also it contained better counsel, more wisdom, and showed a more…godly spirit than anything I had ever read!”

I am reminded of that simple letter when I read Alma’s words to his sons, personal instruction and advice that ended up having a far-reaching effect. These are Alma’s final sermons before he died. Just as Jesus questioned Peter before setting him apart to guide his church, so does Alma formally catechize Helaman in Alma 45:2-8, questioning him about what he has just been taught in Alma 36-37. Helaman’s response to these questions is a succinct two sentence summary of these chapters, a declaration of two tenets of belief. First, is the sacredness of the record he is called to protect and maintain. Second, is the coming of the Messiah. Christ and the scriptures: these are the sacred charges passed down by Alma.

It is clear that for Alma, his discipleship and sacred texts are inextricably connected. He says in 37:5-6. “And now behold, if they [the records] are kept they must retain their brightness…Now ye may suppose that this is foolishness in me; but behold I say unto you, that by small and simple things are great things brought to pass; and small means in many instances doth confound the wise.”

How has Alma himself kept the record bright? On the one hand, he must have protected it as a physical object, and his imagery indeed evokes tangible physicality, plates of metal that must be kept “bright,” not corroded or tarnished. But Alma loves metaphor and symbol. Alma-who calls the word of God a seed and who describes God’s love as music-uses the term “brightness” to go beyond the physical. His own conversation with Helaman in Alma 36-37 is a deft demonstration of the very act of keeping scripture bright and alive in his own heart.

How does Alma do this?

But the history that is perhaps most important to Alma is the record he himself keeps. Alma’s sermons consistently reference his own life, not just his dramatic angelic visitation, but his continued path of faithful learning and inspiration, and even the doubts and longings of his heart. Alma internalizes the writings of past historians, but he doesn’t relegate their relationship with God to the distant past or to distant lands. He recognizes God’s hand in his own life. He writes spiritual history as he lives it.

Is there any way in which my reading of this as a woman is different than a man’s would be? Different as a 21st century reader versus an ancient Nephite or a American frontier settler? No, not really. We are all engaged in Alma’s task. His study of scripture honored diverse peoples, a polyphony of voices both ancient and contemporary, all children of God. He joined his voice with theirs, recognizing God’s hand and expressing that knowledge. We can do the same.

Scripture cannot be bright if it is a dusty, distant relic.

The act of earnest reading works in part to polish its brightness. But we must also add our small and simple expressions of faith to scripture. Emma Smith’s simple letter has not been canonized, but it touched hearts in a significant way. Like Emma’s faithful testimony, each of our voices can take up its own thread in the spiritual history of God’s children.

Bearing Her Testimony in a Different Way, Trang Thach

I also discovered that while I did have a testimony, a lot of it leaned on my white parents and what I’d known because of them. I think for me it was really the first time that I discovered my own relationship with the Lord, which for me was a very important milestone because I didn’t have them to lean on as I would have at home. It was hard but I really feel that that was important because it really stretched me. There were just days when I felt so lost and so confused. And it was also actually the first time that I’d asked a friend of mine for a blessing of comfort. Up until then it was my brother or my white dad who had given me a blessing. It was through that I gained my own testimony of the priesthood, as well, and of the power of priesthood blessings. I would say that was where I was really converted.

That evening I prayed. I waited for my sister to fall asleep, and I opened the Book of Mormon randomly and I came across Alma and the passage that said, “I beseech of you that ye do not procrastinate the day of your repentance until the end; for after this day of life, which is given us to prepare for eternity, behold, if we do not improve our time while in this life, then cometh the night of darkness wherein there can be no labor performed.” (Alma 34:33) When I read that, I felt the Spirit. I said, “I’ve got to get baptized, or it’s over.” I felt like the response was, “Yes, if you don’t do it this evening, you never will.” So, I called the missionaries and I said, “Ok, I want to get baptized on Monday!” and they said, “Oh wonderful! We’ll see when works,” and I said, “Even better, how about today!” They said, “But today is our P-Day,” and I said, “So?” I didn’t even know what that was! So I said, “Well, we can still baptize me,” and they said, “of course, but we have to rent a pool,” because there wasn’t a chapel at that time. I said, “Are you joking?” You think that I’m going to get baptized in a pool?” I said, “No, I’m going to get baptized in nature, like Jesus Christ! I want to be baptized in a lake, in a river, or in the sea. That would be even more wonderful!” So they said, “Sister, today is November 27th.” I said, “Yes, it doesn’t matter!” So, I was baptized November 27, 1961 in Switzerland in Lake Geneva.

The Lord Has Not Forgotten You, Linda S. Reeves

One of the sweetest father-to-son moments in the Book of Mormon is Alma the Younger’s testimony to his son Helaman. Alma described the “inexpressible horror” he felt as he imagined coming into the presence of God to be judged of his many transgressions. After feeling the weight of all his sins for three days and nights, he repented and pleaded with the Savior to have mercy on him. He described to Helaman the “exquisite and sweet” joy of remembering his pains “no more.” Instead of feeling “inexpressible horror” at the thought of coming before the throne of God, Alma saw a vision of “God sitting upon his throne” and declared, “My soul did long to be there.” Is that not how we feel, my dear sisters, as we repent and contemplate the love, the mercy, and the gratitude we feel for our Heavenly Father and our Savior—that we too “long to be there,” to be embraced by Their loving arms once again?

You will find yourself faced with choices that will have eternal implications. You can press forward with vision. The Holy Ghost will help you remain steadfast, and your testimony of the Savior will help you proceed with a perfect brightness of hope.

« An Experiment Upon God’s Word
The Riddle Maker »