“The Desert Shall Rejoice, and Blossom Like a Rose”
Naomi Watkins

The Gospel Doctrine #36, Our Heritage, pages 81–96, “Ministry of Brigham Young: The Master Builder.”

When I moved to the Avenues neighborhood in Salt Lake City, I would frequently meander through the cemetery, making my way to large obelisks, figuring they marked the burial spots of those important in Salt Lake City history. This approach generally proved true, and they were always the grave markers of men with their wives’ and children’s much smaller headstones scattered around them. And while I knew the histories of most of these men, I usually knew little to nothing about their wives. I’m embarrassed by this fact, but in reading through the provided materials for this particular lesson, I’m reminded how little of women’s stories, even from our own history, are included in our correlated materials. The story of the building of Zion has long been framed as a man’s story. I’m pleased though to see more efforts on the parts of historians and lay members to ensure it is known as a women’s story, too.

Sure, it was the men who physically built buildings, including homes and temples, built streets and infrastructure, constructed canals for irrigation, and engaged in many other aspects of physical labor. But pioneering was difficult work for women, too.

Think not, when you gather to Zion,
Your troubles and trials are through—
That nothing but comfort and pleasure
Are waiting in Zion for you.
No, no; ‘tis design’d as a furnace,
All substance, all textures to try—
To consume all the “wood, hay, and stubble,”
And the gold from the dross purify…
Think not, when you gather to Zion,
The prize and the victory won—
Think not that the warfare is ended,
Or the work of salvation is done.
No, no; for the great Prince of Darkness
A tenfold exertion will make,
When he sees you approaching the fountain
Where the truth you may freely partake.[1]

And I love Susa Young Gates’ words describing the reactions of the first three women to arrive in the Salt Lake Valley. She wrote, “Men may plough and build, but women and children give life, cohesion and glory to these outer substances. Harriet Young, wife of Lorenzo Young, cried out at the desolation about her. ‘Weak and weary as I am,’ she said to her husband, ‘I would rather go a thousand miles further than stay in such a forsaken place as this.’ But she was a heroine and quietly accepted her lot….Ellen Kimball said nothing, but she worked with zeal to make a home in the wilderness. Clara Decker Young, Brigham’s lovely young wife, said, ‘I am satisfied. We enjoyed the social life of Winter Quarters; but things do not look dreary to me here. There are no trees, but they can be planted.’ And she went calmly to work making a peaceful home out of the wagon boxes.”[2]

These women had already done many hard things, and while arriving in the Valley meant an end to their journey over land, building civilization from nothing was no easy task.

Women were at the forefront of building Zion. Included below are a few women (with links to further reading for some) who helped the desert blossom like a rose in small and large ways using their scrappiness, their skills, their combined resources and each other:

In the 1880s, Margaret Shelton Kinsey, a teenager at the time, collected patches of wool from trees and fences, left behind by sheep, and formed them into small balls that she sold. She gave this earned money to the building of the Salt Lake temple.[3] 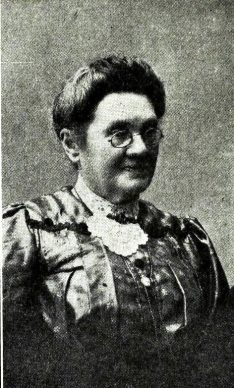 Drs. Romania Bunnell Pratt, Martha Hughes Cannon, and Ellis Shipp: Three women, all highly accomplished in their own rights, attended medical school in the East, returning to the Salt Lake Valley after graduation to use their skills in building clinics and hospitals, treating ailments, and providing medical training. (All three women accomplished much more in addition to their medical work, too. Each is worth learning about individually).

“Mary Jane Dilworth who arrived in September 1847, and in the following month opened in a tent the first school in what later became the territory of Utah. The Saints had wisely foreseen their needs and carted several wagon loads of valuable books across the plains. Although having but few pupils, and only a tent pitched within the walls of the “Old Fort” in which to meet, her venture was successful and laid the foundation for one of America’s ranking school systems. Sister Elvira Cole Holmes arrived soon after and made her home in the ‘Old Fort.’ Following the example of Miss Dilworth, she also taught one of the first schools held there, taking sego and thistle roots and wolf meat in payment for her services, while occasionally she received the luxury of a scant supply of bran, for bread. She made butter and cheese, selling it to help maintain her home. Her husband raised wool, which she spun and wove into cloth. Home-made shoes, dresses made from hand-carded wool, a calico, gingham or home-spun silk gown, were for best wear, while some less fortunate wore wolf, fox or bear skins.”[4]

The legacies of these and other pioneering women remind me that no matter the small scope of my influence, no matter how barren and hopeless the current state of affairs may seem, I have the ability to use my scrappiness, my skills, my resources, and the help of my fellow sisters, to make the physical and figurative deserts around me blossom like a rose, too.

[1] As quoted in Janiece Johnson and Jennifer Reader, The Witness of Women: Firsthand Experiences and Testimonies of the Restoration, (Deseret Book, 2016), 161-162.

[2] Susa Young Gates and Leah D. Widstoe, The Life Story of Brigham Young as quoted in Susan Evans McCloud, “In Our Lovely Deseret: Who Were the First Three Women to Enter the Salt Lake Valley,” Deseret News, July 23, 2014

[3] “Stories of Sacrifice and Devotion: The People Who Loved and Built the Temple,” Mormon Newsroom,

« Acting Our Faith
Reconciling and Not »