The Doctrine & Covenants is often described as a manual for the establishment of the modern church and its priesthood authority, but we can’t forget that many of its texts are fundamentally personal rather than institutional, given to individuals with particular questions for the Lord. This week’s texts are directed toward Oliver Cowdery and Hyrum Smith, two of Joseph Smith’s closest and staunchest friends. These words help define the process of personal revelation. Like Joseph, Oliver and Hyrum thirsted for divine inspiration and struggled to learn how to understand the elusive inner voice of the spirit.

How do Mormon women recognize revelation from God? Our experiences as women of the church reflect those of Oliver, Hyrum, and Joseph in their variety, their experimental process, and most of all, in the intimately individualized manner in which they are received. What is our process?

1 ~ We use our minds. One of our most oft-quoted verses on revelation is D&C 8:2: “Yea, behold, I will tell you in your mind and in your heart, by the Holy Ghost, which shall come upon you and which shall dwell in your heart.” These words to Oliver are reiterated when he is later told that he “must study it out in [his] mind” (9:8) as a necessary step in discovering spiritual truth.

The work of the mind, what we call reason or rational thinking, is not always seen as having a place in spiritual knowledge. But Mormons refuse to divorce the heart from the mind, or reason from spirit. What we identify as divine revelation includes our own efforts of thought, research, and study. Eliza R. Snow says it best. In her hymn “O My Father,” she introduced a fundamental principle into the mainstream of Mormon theology: we are spiritual children of both a divine Father and Mother. She writes, “In the heavens are parents single? No, the thought makes reason stare. Truth is reason, truth eternal tells me I’ve a mother there.” For Eliza R. Snow and the many believers in these words, truth must resonate with our rational faculties. Logic can cooperate with spiritual understanding.

2 ~ As Mormon women, we also use our hearts. Before Oliver Cowdery ever met Joseph Smith, he prayed about the stories and rumors that he had heard. When he later struggled with doubts and worries about his own spiritual vocation, these verses reminded him of his earlier experience: “Verily, I say unto you, if you desire a further witness, cast your mind upon the night that you cried unto me in your heart, that you might know concerning the truth of these things. Did I not speak peace to your mind concerning the matter? What greater witness can you have than from God?” (D&C 6:22-23).

Emma Lou Thayne’s hymn “Where can I turn for peace?” asks this very question, and answers it in the final verse: “He answers privately,/ Reaches my reaching/ In my Gethsemane, Savior and Friend./ Gentle the peace he finds for my beseeching./ Constant he is and kind,/ Love without end.”

Teresa of Ávila by François Gérard

Another woman many years earlier wrote of this same peace. Theresa of Ávila entered holy orders in the 1500s in her native Spain. She struggled for most of her life with physical illness and self-doubt, yet she was tireless in seeking to know God. Known for her visions and skill in meditation and prayer, she was asked to write about her life. She did this in an autobiography that doubles as a handbook of prayer, and in which she emphasizes the variety of her own spiritual experiences. She describes a period of personal agony answered by a spiritual voice that relieved her distress. She heard these words, “Have no fear, daughter, for it is I, and I will not forsake you. Have no fear,” and continued, “In the state I was then in, I think it would have taken many hours to persuade me to be calm, and that one person would not have been enough to do it. But here I was, calmed by just these few words. I received strength and courage, security, tranquillity, and enlightenment, and in one moment found my soul transformed.”1 Learning to recognize the voice of the Lord means coming to experience the peace and transformative power whose source is love.

3 ~ Finally, as women, our agency is crucially bound up in any divine guidance we may hope for. Oliver Cowdery was chastened with these words “Behold, you have not understood; you have supposed that I would give it unto you, when you took no thought save it was to ask me” (D&C 9:7). There will, of course, be times when peace and spiritual promptings come without struggle — these are tender mercies. But divine inspiration is of little use to people who do not act with a deep sense of personal responsibility.

Aileen Clyde describes the empowerment that comes with conversion. “My whole hope in speaking to you about gospel knowledge of our individual importance to our Heavenly Father and our Savior is that it will build our confidence in our own ability to make good decisions that will help us grow spiritually. Some people want a strong authoritative voice to say, ‘Do this’ or ‘Do that.’ Some want God to tell them exactly what to do before they risk anything. . . . When we are converted to the gospel of Jesus Christ we become both humble and courageous. Our conversion strengthens us greatly in our decision making.”

There is no quick formula to knowing God. It requires humility, patience, and work. But the peace and power of the spirit is available for all who seek it.

“A few months before Allegra was born, Mitch said in a blessing Allegra would be born alive. I dismissed this, thinking he was merely saying what I wanted to hear. A few days later I had a dream in which I was holding a baby with dark hair and full pink lips. I knew it was Allegra, but when I woke up I dismissed this revelation, thinking I was merely remembering a baby with similar features I’d seen at church the day before. Several times, Heavenly Father tried to communicate with me, but I wouldn’t listen.

So when the time came to have Allegra, I put my hopes aside and trusted statistics instead. Holding a living baby with Trisomy 18 would be a long shot. We checked into the hospital on a Thursday night thinking I would be induced in the morning, instead, we realized I was in labor at two a.m. Because the drops in Allegra’s heart rate were significant and caused us stress we chose to not be hooked up to heart rate monitors. Even if her heart rate dropped dangerously low, we’d already been informed an emergency c-section was not an option.

When she came out, the midwife immediately put her on my stomach. She was purple. We couldn’t figure out if she was moving, much less breathing. She was gurgly for a little bit, but as we watched, we could see her chest rise and fall and knew she was breathing.

Allegra was born alive, but we had no idea if she was going to last a few minutes, a few hours, or a few days. We called my parents right away to get the kids and bring them to the hospital where they met her within the hour.

Allegra weighed only four pounds and had multiple external deformities including a club foot, a missing ear, curled hands, and facial features that matched those of other babies with Trisomy 18. She didn’t look like a normal baby. But when my kids walked in, there was this beautiful acceptance of their baby sister. They adored her! They were excited she was alive and would join us at home.

Within an hour of her being born, Mitch and my dad gave her a name and blessing. In that blessing, Mitch acknowledged that Allegra’s life would be short and then asked that she ‘touch the veil occasionally to let us know you are doing okay.’” 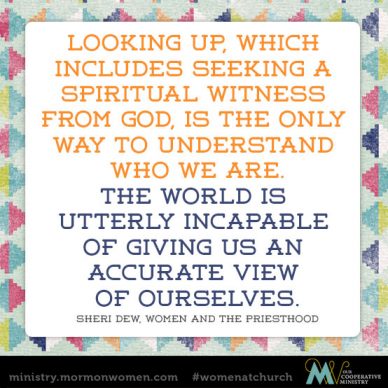 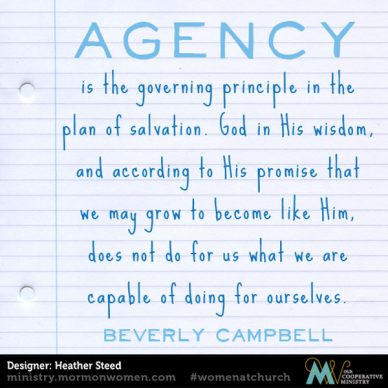 « This is the Spirit of Revelation
More Than Enduring »