My family recently returned from spending 18 days in another country for a combination of work and vacation. I absolutely loved visiting the different cities and sites and experiencing just a little of the richness and depth of the culture and history in this area. As we talked to local people, I also had the opportunity to reflect on the impact of good and bad—or wicked and righteous as this lesson calls them—leaders.

In the area we were staying, the regional leader is in league with the drug mafia. The result is corruption and elevated violence, as well as inefficiencies and poverty. The US State Department rates this area as a level 3 on the safety scale which means “reconsider travel.” When we first got there, I felt suspicious and nervous of everyone—the Uber driver, the man we passed on the street, the teens sitting near us in the bus station. But soon, I began to recognize that the people I interacted with were generally good, honest people who just had the unfortunate fate of being governed by a bad, or we could say wicked, leader. Some people were influenced to make poor choices because of this leader but many continued living their lives with integrity.

In this lesson, we learn about some poor leaders who also had negative impacts on the people under them. Rehoboam succeeds his father, Solomon, as king. He places burdens on his people to the point that ten of the twelve tribes revolt. The ten tribes, known as the kingdom of Israel, appoint Jeroboam as their ruler. Both Rehoboam and Jeroboam teach their people to worship idols instead of God. As with the area we visited, everyone suffers because of their leadership and many make poor choices under this leadership.

We don’t always have the opportunity to choose our leaders and, even if we do have a voice in the selection, the leader of our choice isn’t always the one who wins out. Of course, a great way to have an influential voice or to make a difference for good around us is to become a leader ourselves. This is not always possible, though. A number of circumstances limit our ability to lead or even to have our voice heard. In the US, gender is one of these (although there are many other of causes). According to the Center for American Women and Politics, women hold 20% of the seats in the US Congress and 23% of the seats in the US Senate. They make up only 12% of state governors and 21.8% of city mayors. CNBC reported that of the fortune 500 companies, only 24 have women CEOs. The US Department of Labor tells us that 36% of businesses owners are women—but 99.9% of them are considered small businesses (less than 500 employees). They account for 15% of employment. And of course, in our church 100% of bishops, stake presidents, regional representatives and general authorities are men. While women do hold leadership positions at church, it certainly is not gender balanced. 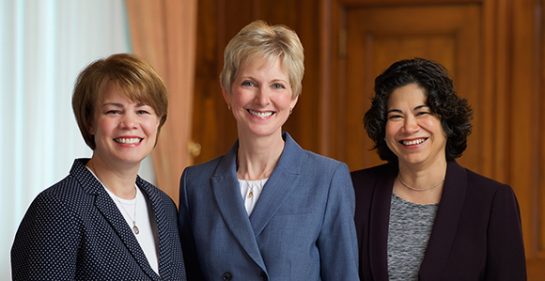 Since we will spend much time being led by others, the question is: how can we effectively respond to those leading us? The lesson points out that we each have agency. We don’t have to go along with poor or wicked leaders. Instead, we must exert the moral courage to find our own way instead of following a wayward leader or perhaps even find the courage to speak up and point out the error of the leader’s way. While few of us have need to fear for our personal safety if we speak up (as they did in the country we visited), speaking up is often difficult and often leads to retribution in some form. Yet it is important—particularly in cases where attributes such as race, gender, socio-economic standing or something similar work as a barricade to keep voices out.

Often though, our leadership dilemma is more nuanced than those described in the lesson. Generally, our leaders at church or work are not in league with the drug mafia nor are they deserving of being called “wicked”. This is why I think it’s also important to remember Elder Holland’s words, “So be kind regarding human frailty—your own as well as that of those who serve with you in a Church led by volunteer, mortal men and women. Except in the case of His only perfect Begotten Son, imperfect people are all God has ever had to work with. That must be terribly frustrating to Him, but He deals with it. So should we.”

There’s a time to take a stand or push back against poor leadership. There’s also a time to take a deep breath and recognize that while a particular leader may not be like Jehoshaphat, the last leader in the lesson manual who is remembered for his effective and righteous leadership, chances are the leader is doing her or his best.

« An Understanding Heart
Elijah, Jesus, and the Women of Sidon »