Ten years ago, I was wrestling with God about what it meant to be a woman in this church. I had acquired a lot of mistaken ideas along the way. I’d felt like being a Mormon woman meant knowingly shrinking yourself to allow others room to grow. I’d felt like we were given gifts and interests, yet scarce and rigid outlets to use them. I’d felt I was being asked to shove myself into a box where I didn’t really fit. I realize now that what I felt was not remotely based in doctrine, but at the time, it was disorienting and painful.

I was serving in a YW presidency, and I had the unmistakable impression that as a part of my efforts to complete personal progress alongside our young women, I should do a value project where I create a blog profiling historic Mormon women. I didn’t know anything about Mormon women’s history. I probably couldn’t have come up with five women’s names from the early church. Truthfully, my handle on institutional Mormon history was subpar. But I set off to the Indiana University library and went to work.

What I found in those stacks blew me away. The women I discovered were not held back by their faith – it drew them out and motivated them to act. They did not shrink themselves – they expanded themselves, and created spaces for other women to do the same. Early Mormon women took their faith and brought it with them into their communities and the larger world, using it to build, challenge, illuminate, and innovate. 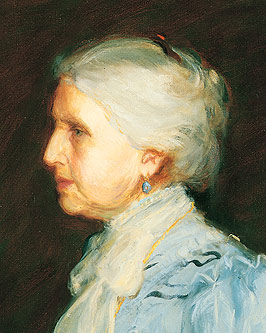 I learned about suffrage workers like Emmeline Wells. Wells worked tirelessly in the fight for women’s rights. She successfully organized a campaign that gave Utah women the right to vote in 1870, and then organized the Woman Suffrage Association of Utah to restore that right after the US Congress stripped the vote from Utah women in 1887. Her suffrage efforts expanded beyond Utah into the national stage. She served as a vice president of the National Woman Suffrage Association, and she forged close friendships with prominent suffrage leaders, including Susan B. Anthony and Elizabeth Cady Stanton. 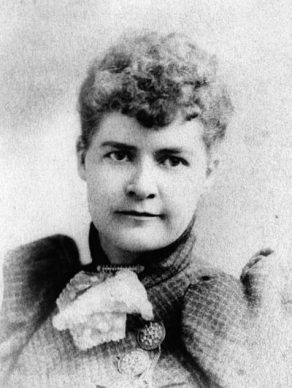 I learned about early Utah politicians like Martha Hughes Cannon and Alice Merrill Horne. Cannon was the first female State Senator elected in the United States (whichis even more fun because she defeated her husband for the seat!). As a senator, she sponsored successful bills in areas that mattered to her, including improving the rights of women in the workplace, education for the disabled, and the creation of a State Department of Health. After her time in elected office, she diligently worked in suffrage efforts and public health, making many valuable contributions to both fields. 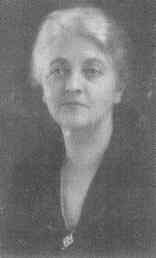 Alice Merrill Horne served in the Utah House of Representatives. She was responsible for many bills that helped the arts thrive in frontier Utah, including one that established the first state-sponsored arts agency in the Unites States. In addition to her legislative work, she presented at the International Congress of Women in Berlin, addressed the US congress about women in politics, pursued environmental causes, and served as the Utah chair of the International Peace Committee.

I found many more records of Mormon women uniting to acquire wheat and distribute it to the needy, train women in medical fields, fundraise for temple construction, and articulate their beliefs to the larger world.

The women I found had different passions and gifts, but they worked together with God and took them into the public sphere to improve their communities and worlds. And the more I pay attention, the more Mormon women I have found historically and currently using their own interests and talents to better their communities, in ways both small and large.

As a young adult, trying to sort out what God wanted from me and my life, the visibility of these women mattered. They revolutionized my identity as a Mormon woman. I needed to understand that my God-given passions, gifts, and voice mattered, and that they could be improved by my faith, rather than distract me from it. I needed to understand that God had given me power that could be used to build and innovate, as well as broad spheres in which I could use that power. I needed these models of proactive Mormon women serving as I designed my own path, using my faith to become what God wanted me to become.