Margaret Blair Young teaches Creative Writing at Brigham Young University. In addition to authoring novels, articles and essays, Margaret co-produced Nobody Knows: The Untold Story of Black Mormons, a documentary film shown on PBS and at film festivals. Margaret is a mother of four children and a grandmother to three. She became president of the Association for Mormon Letters in March of 2010.

One of your goals is to recognize international Mormon literature and art. What life experiences have made you reach out to the international community, to go beyond Utah and beyond the United States?

I was raised by a globetrotting linguist father and a patient mother, and often had people from various cultures in my home when I was growing up. When I was nineteen years old, Dad took us to Guatemala, where he taught missionaries to speak the Mayan dialect, Cakchiquel. I always had a sense of other cultures and have traveled extensively, usually with my husband and children. Because of this, I recognized that the images we present in most of our church literature and media show white families with a First World context.

I always had a sense of other cultures and have traveled extensively, usually with my husband and children. Because of this, I recognized that the images we present in most of our church literature and media show white families with a First World context.

Jacob Chirwa, a member of the church who is a professor and actor/poet from Zambia, articulated the issue well in an email to me:

“I have always felt that there hasn’t been enough encouragement for local artists to showcase their talent. I have noted with concern some performances that some sections of the church have put up when they have activities but the bottom line has been that there has not been a desire to take the work seriously. One reason for this is the belief inculcated in the people that the only approved art manifestations are the ones coming from Utah. And so we sit to watch videos of stories of conversions as our missionaries do their work. This is well and good but I feel that watching a local missionary at work in any outside place would impact positively on our youth. I work in situations that expose me to a lot of challenges vis-a-vis the perception of the church in the eyes of the outside community, but all they see is me with no back up information in both print and electronic media.”

In Jacob’s words, I hear a call to do better, to go further and to enlarge our borders. I want to answer that call.

You co-produced a film with Darius Gray, who was an original member and past president of the Genesis Group, the Church’s social organization for African-American members. Your film, Nobody Knows: The Untold Story of Black Mormons, has been very successful, airing on PBS and at film festivals around the country. Did you expect this kind of reception?

Yes—and we expect still more. The title suggests why: NOBODY KNOWS this story! Mormons, black and white, are often surprised that there has been an African/African-American presence in the Church from the very earliest years. African Americans generally think that Mormons did not permit blacks to join the Church until 1978—or later. The most common response to our books about black pioneers or to our film is, “Black Mormon pioneers—you mean there were some?” We find that audiences who were troubled by the priesthood restriction are eager to learn more about the history, and that non-Mormons—blacks in particular—are intrigued by the fact that blacks participated in the Mormon migration and played a significant role in settling the west. Some of the most successful events when we were publicizing our trilogy, Standing on the Promises, were with non-Mormon African Americans.

You are the president of the Association for Mormon Letters (AML). What is AML and why is it important?

Our mission statement says: For over two decades, the nonprofit Association for Mormon Letters has worked for a literature by and about Mormons that is both authentic and of high literary quality.

We have an annual conference focused on LDS literature. At the conference luncheon, we award the best works in various genres of literature—including film and theater. We also publish a literary journal, Irreantum, drawing some fine stories and poetry from prominent LDS authors and from a literary competition, which yields marvelous discoveries of yet unsung talent. Our aim is to support truly excellent work, not necessarily the most popular works. We honor works by anyone who is now or has been a part of the Mormon tradition, including inactive or former Mormons. Regardless of how they interact with the faith now, their work is still informed by the ways Mormonism has impacted them.

What other projects are you currently working on that address racial issues?

Several friends of mine are working on re-staging my play I Am Jane, about black pioneer Jane Manning James, (to be performed in the summer of 2010). Darius and I continue to do events in which we talk about blacks in Mormon history and show our documentary. We have also recently filmed an interview with Darius’s uncle, Russell Jones, an African American soldier who served in the segregated army in WWII. Russell told us, in that interview, about landing on Iwo Jima. Black soldiers were stripped of their artillery—all but one clip—and were told to simply pick up more bullets from dead soldiers after the battles. White soldiers were far better armed. Russell also told us about going home on furlough and then returning to the Pacific, and discovering that every one of his fellow black soldiers in his division had perished. They simply did not have adequate weaponry. Eventually, we’d like to film blacks who participated in the Korean and Vietnam wars and further address integration in the military.

You served with your husband Bruce at the MTC, sending missionaries around the globe. How has that affected you and your outlook?

That MTC calling was the most life changing of any I’ve had. The missionaries I hear from and write to weekly are in Cameroon, Africa. They are truly like my sons, and I have rejoiced with them when things have gone well, and wept with them when they have suffered. The truth is, most of my writing over the past two years (while I’ve been traveling with and publicizing the documentary) has been letters to these young men.

They love each other. They demonstrate the truth expressed by renowned sociologist Armand Mauss in our documentary—that the love developed between missionaries and those they serve is “the gift of the world’s people to the LDS Church.”

Jacob Chirwa’s son, Chiloba, is one of the missionaries I write to, and is particularly dear to me. In an email, which he wrote while he was suffering from both chicken pox and malaria (though he didn’t know for sure what was making him sick), he spoke of his companion: “I love Elder Wigginton and I am certain the Lord is mindful of him and always will be.” 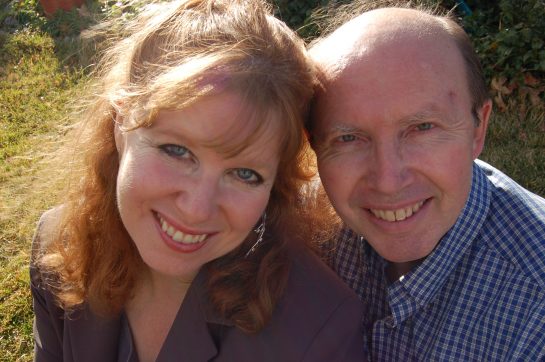 Elder Jared Wigginton is from Riverside, California, but has fallen in love with the African people, and has become a real brother to Elder Chirwa. He wrote about the experience of serving his companion in ways he had never thought he would:

“Elder Chirwa is on quarantine for his chicken pox and malaria, and we spent four lovely days and nights at the medical clinic. We spent 96 hours together with him suffering a lot. I felt for him when they came in to inject him with a syrup-looking substance in his leg…the needle being over two inches long. He squeezed my hand and curled in pain as they sent this medicine through his quad. It was a 10 foot by 10 foot room and I had a little cot to sleep on. This time was a unique opportunity for me to really show my fraternal love to Elder Chirwa. It is rare that we are given opportunities to render this kind of service, so when it comes it is special. It was not a random, flowery occasion like a batch of fresh-baked chocolate chip cookies or a shoe shine, but more of like doing everything for him he could not do himself: running his bath, tying the back of his robe, helping him into the bathroom by carrying his IV line, getting his books, etc. It was encompassing and significant for me.”

This is one example—there are many throughout the world—of the love missionaries develop for one another. The image of these missionaries—one white and one black—serving each other so selflessly is the most hopeful message I could give. It tells me we have a glorious future.

There is no question that we have a history of racism in our church, as we do in our nation. But we have a remedy in place. We have a unique initiation ritual: missionary service. Missions educate our young people, who will eventually be the church leaders, on the gifts of diversity. And it’s not a textbook education, but an utterly intimate, heart-moving one.

Though we still find the racist folklore taught in some religion classes, and though right now we do not retain African-American converts well, and though we still find some appalling cases of racist language or behavior among “card-carrying Mormons,” I believe the healing is inevitable. I believe we will see an Elder Chirwa or an Elder Wigginton—and those they represent—in the Church hierarchy very soon. The blight of racism will not endure. And that hopeful message is something worth writing about.

Marital status: Married briefly to someone else; eternally married to Bruce Young

Languages Spoken at Home: English (and some French and Spanish)

Favorite Hymn: “Praise To the Lord, the Almighty”

« When Mom Wears The Suit
As Joseph in Egypt »