Unity and Equality Through History and Faith
Janiece Johnson

The Gospel Doctrine lesson #20 manual objective is “to inspire class members to continually apply the principle of repentance, become converted, and share the gospel.”

To explore how we can become more united through our shared histories and faith.

In lesson 20, we might be tempted to focus entirely on the poignant experience of Alma the Younger (or Alma the Son of Alma as the text tells us). As he repents, he feels the torment of a damned soul swept away in a moment and he receives the overwhelming light of redemption. Though Alma’s narrative is one of my favorites in all of scripture, if we focus entirely on Alma, we might miss some important and instructive moments in the text that powerfully remind us of the collective elements of redemption.

As we begin chapter 25, we have multiple groups physically brought together. They have points of similar experience, yet they also have considerable differences. Alma’s people, Limhi’s people, the Nephites, and the original residents of Zarahemla—the Mulekites are all brought together. Though the first three groups were descendants of Lehi and his family, they had experienced different histories in the past several decades. Like the Nephites, the people of Mulek originated in Jerusalem, but the two groups had contrasting paths to the Promised Land—hundreds of years of distinct leaders and a different language. Over time the Mulekites welcomed and offered protection to these disparate groups of Nephites in Zarahemla.

At this point in the narrative their new King Mosiah saw an opportunity to unite these distinct groups through sharing their histories. The people experienced “wonder…amazement…joy…sorrow…pain and anguish” as they read their records together (25:7–11). They shared in the depths of sadness and soared with joy. As it was with these newly united Nephites, stories are a critical way in which we can come together. We learn about the experience of the Other—she whose experience is very different than our own. Trying to understand the experience of someone outside of ourselves helps us to gain empathy. We can only begin to love and serve others as we truly make the effort to understand them.

This unity created through a shared history undergirds King Mosiah’s desires for the newly created church. He proclaimed that there should be “no persecutions among them, that there should be an equality among all” (27:3–4). Mosiah attempted something momentous—something celestial. Equality reigns in the celestial kingdom and this is Mosiah’s desire for the church (Doctrine and Covenants 76:95). This unity also brings together members of the church despite desperate persecutions and the specific nefarious efforts of Alma the Younger and the Sons of Mosiah. They come together as sisters and brothers to support Alma the Elder (I’m confident that Alma the Younger’s mother is likewise central to this) and raise their voices in united faith that the rebellious sons might be brought to truth.

As Alma the Younger is given an opportunity to repent and receive redemption, the Lord emphasizes the expansive opportunity that is redemption. The Lord said, “Marvel not that all mankind, yea, men and women, all nations, kindreds, tongues and people, must be born again; yea, born of God, changed from their carnal and fallen state, to a state of righteousness, being redeemed of God, becoming his sons and daughters; And thus they become new creatures; and unless they do this, they can in nowise inherit the kingdom of God” (27:25–26).

Most of the time we ignore the limitations of gender specific language and we are grateful when certain church leaders make an effort to make the language of scripture more inclusive. But there are examples in scripture, like this promise from the Lord that even further highlight the inclusive nature of salvation with their use of inclusive language. As the Sons of Mosiah were likewise converted they also joined in this expansive vision; “they were desirous that salvation should be declared to every creature, for they could not bear that any human soul should perish; yea, even the very thoughts that any soul should endure endless torment did cause them to quake and tremble” (28:3). All of humankind is gracefully offered the opportunity to be changed and to become new women and men of Christ. 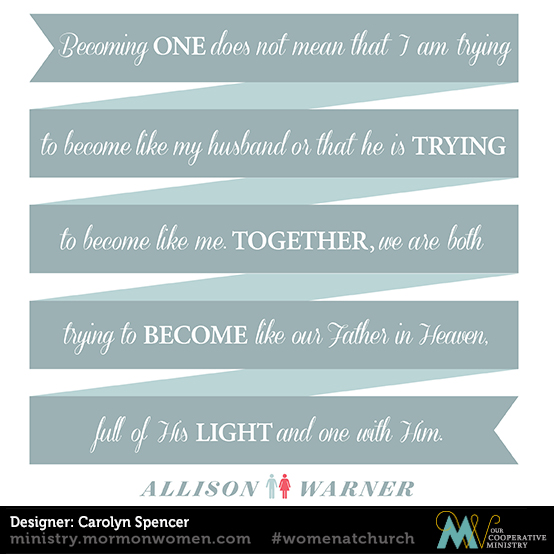 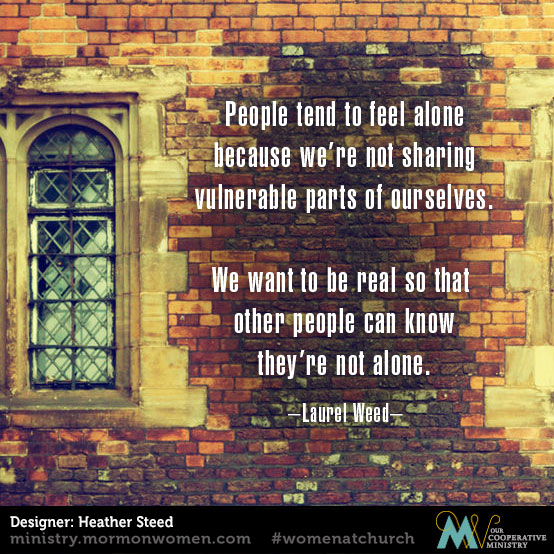 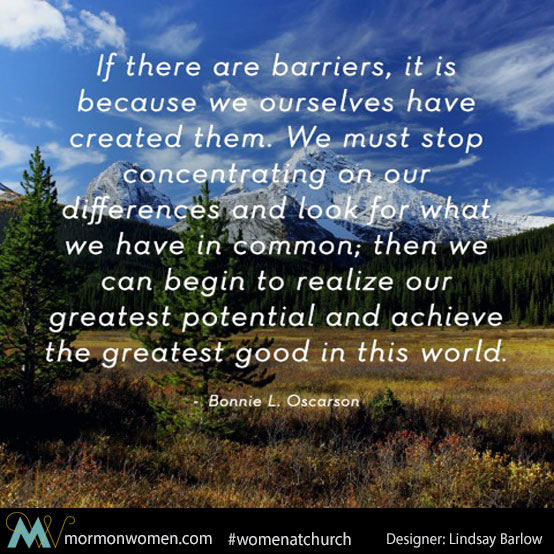 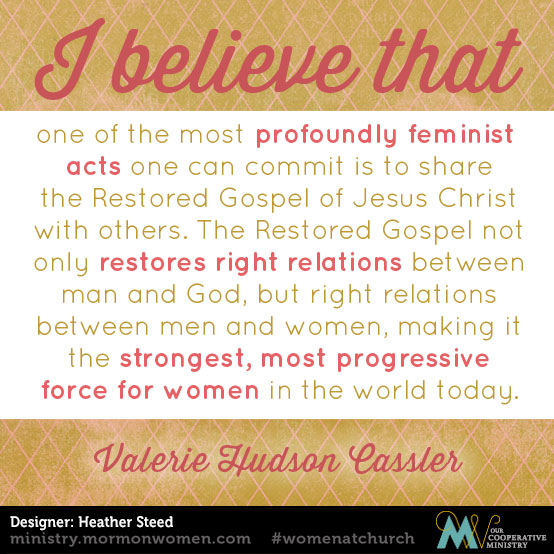 « The Influence of Women
Awakening to Our Duty »